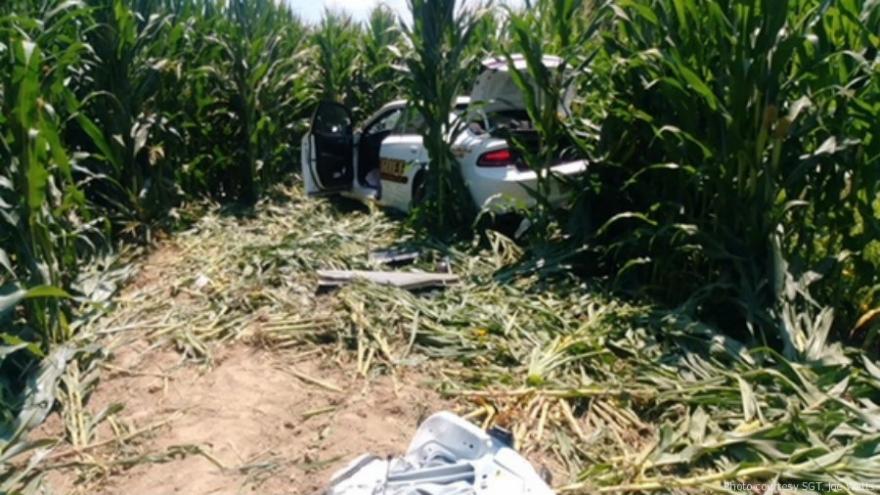 According to Indiana State Police (ISP), the collision occurred at approximately 2 p.m. between a motorist and a Clay County Sheriff’s Deputy. 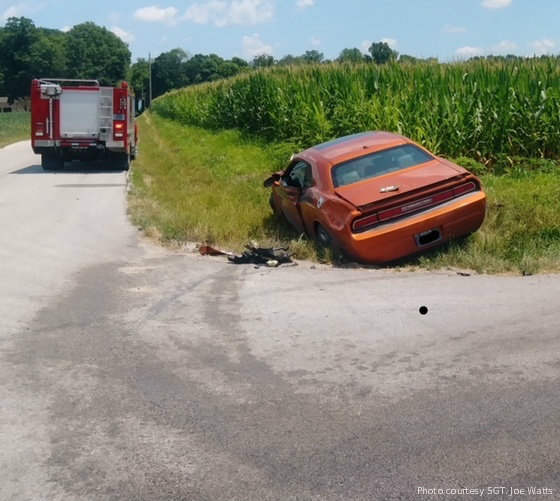 The accident occurred at the rural intersection of CR 1100 S and CR 225 E.

A preliminary investigation revealed that a 2011 Dodge Challenger, driven by 64-year-old Roger Curl of Clay City, Indiana was traveling eastbound on CR 1100 S when he failed to stop at a stop sign on CR 225 E, according to ISP.

Gates was en route to the scene of a motor vehicle crash with reported injuries just south of this accident.

Curl and Gates were both taken to Terra Haute Regional Hospital for treatment of contusions, abrasions and pain.

Curl was cited for failure to yield to an emergency vehicle.

Assisting at the scene were the Clay County Sheriff’s Office, Clay City Fire and Rescue and STAR EMS.