Multi-car crash at intersection of County Road 28 and 113 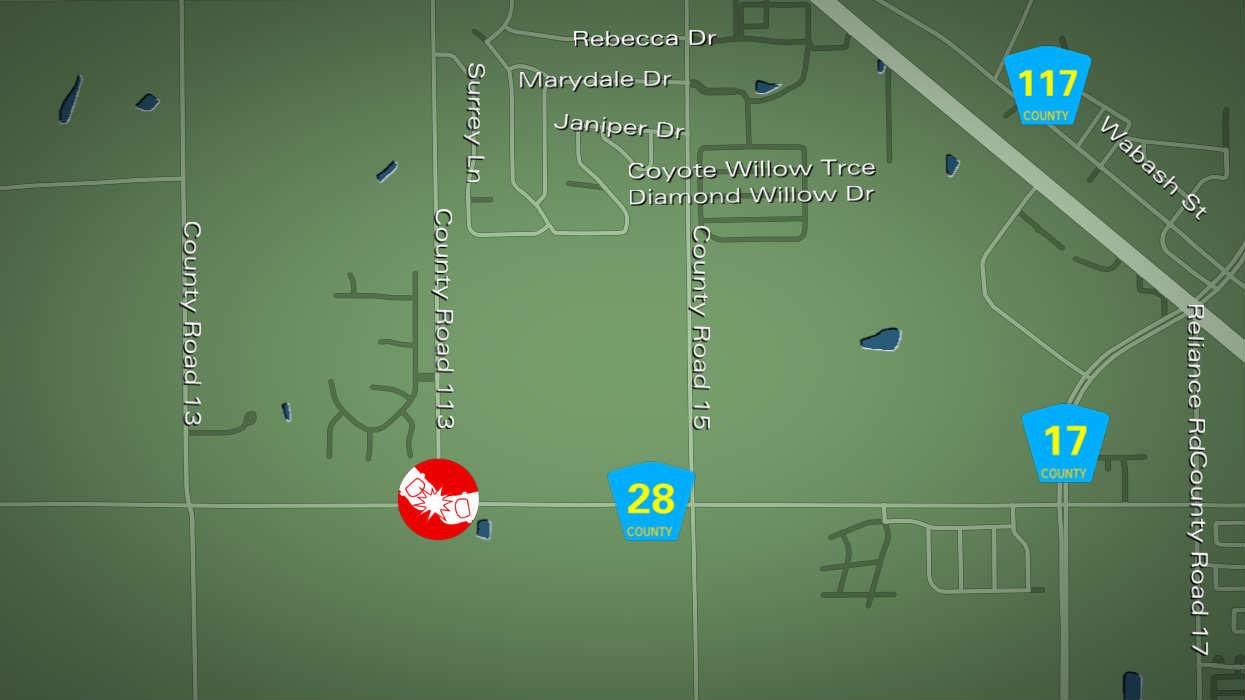 The names of three victims of a two vehicle crash near at the intersection of County Road 28 and 113 in Elkhart have been released.

All three victims were taken to the hospital for treatment.

The driver of a 2000 yellow Hyundai, 19-year-old Frederico Flores, suffered broken bones and had trouble breathing.

The second driver, 47-year-old David A. Jones, may have a broken ankle.

Preliminary reports say that he was passing in a no passing zone, but the Elkhart County Sheriff is investigating further.

All three were wearing seat belts at the time of the accident.