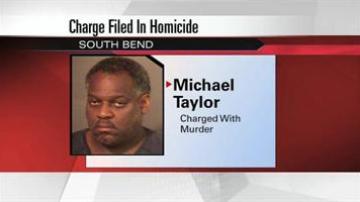 SOUTH BEND, Ind. -- A man who allegedly confessed to shooting Michael Gillam Saturday night at a business on N. Olive Street also allegedly admitted to being a part of an underground gambling ring. South Bend Police say illegal gambling is one of the most underreported crimes in the city.

"It's a problem as old as the books," said Captain Phil Trent of the South Bend Police Department.

Trent says it has been a problem in Michiana for decades.

"It still exists and it still runs higher than normal risks," said Trent.

Police say cards and dice are the preferred games of the underground gambling world.

"When it's not organized and there's no security things can get out of hand pretty quickly and people can get hurt," said Trent.

Trent says robberies are a major part of the underground gambling community, but unless some one is badly hurt or killed--most of them go unreported.

"It's not something that's going to be advertised on front. As soon as we show up, the cards, the dice, they're going to go away and someone's going to start playing checkers and having Kool-Aid," said Trent.

That makes it hard for law enforcement to crack down on the illegal activity.

"It's the same set of risk factors and there's the same predictors circling in the water," said Trent.

The best thing police say you can do if you want to gamble, do it at a safe and legal place, like a casino.