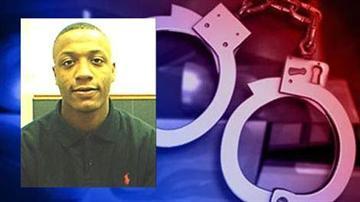 According to reports, Shyheem Jones was apprehended at 7 a.m. Monday by a US Marshal's Task Force in Indianapolis.

He is in custody in Marion County and is expected to be transported to St. Joseph County soon.

Jones is accused of shooting Taylor on March 18 in the 1800 block of N. Fremont Street.

Jones faces one count of murder.