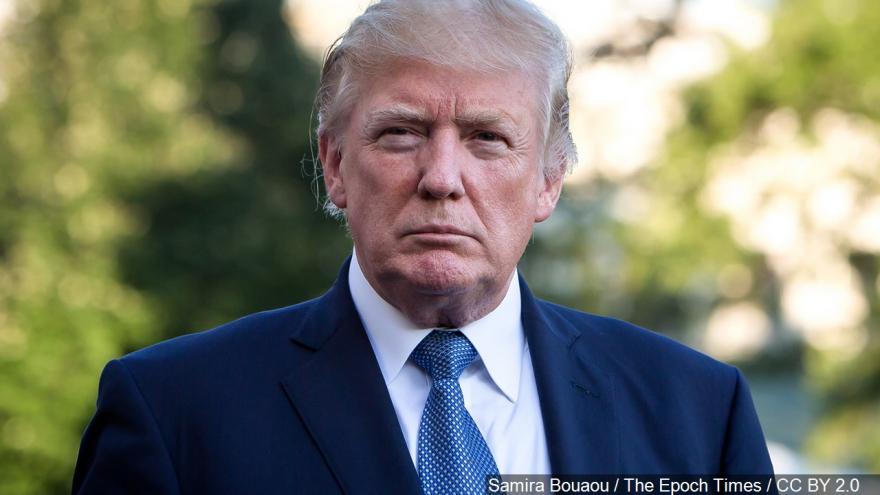 (CNN) -- Delegates to the NAACP's annual convention voted unanimously on Tuesday to call on the House to begin impeachment proceedings against President Donald Trump.

The resolution from the nation's oldest civil rights group -- which was gathered for its 110th annual NAACP Convention in Detroit -- does not directly impact any legislation in Congress, but marks the first mass statement from the organization's delegates regarding impeachment proceedings. The NAACP's president, Derrick Johnson, has before slammed the President as racist. In an online statement on Tuesday, Johnson said Trump "has led one of the most racist and xenophobic" White House administrations since the Jim Crow era.

"The pattern of Trump's misconduct is unmistakable and has proven time and time again, that he is unfit to serve as the President of this country," Johnson said. "This President has led one of the most racist and xenophobic administrations since the Jim Crow era. Trump needs to know that he is not above the law and the crimes that he has committed and he must be prosecuted."

Last week, 95 members of the House voted to keep alive Texas Democratic Rep. Al Green's effort to impeach the President, though it was ultimately killed by the chamber. Among those who supported the inquiry was Michigan Rep. Rashida Tlaib, who spoke at the NAACP convention on Monday.

The freshman congresswoman -- one of four progressive Democratic lawmakers of color at the center of the President's recent racist attacks -- told those gathered, "I'm not going nowhere, not until I impeach this President."

The NAACP's statement also comes one day before former special counsel Robert Mueller's testimony to the House Judiciary and Intelligence committees, which Democrats are hoping will kickstart an impeachment inquiry, the first step in a lengthy process.

House Speaker Nancy Pelosi also spoke at the convention on Monday, though her remarks made no mention of Trump. She has so far held firm against pushes to launch an inquiry into the President.