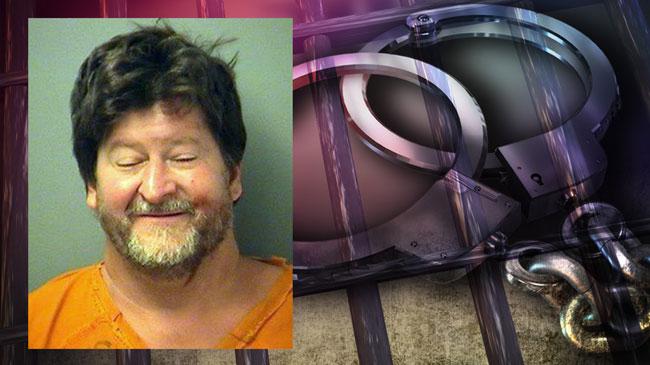 BAY CITY, Mich. (CNN/WNEM) -- Police were called after a woman said her naked neighbor was walking around the neighborhood and hitting her house with a shovel.

Bay City Police arrived at the home in the 1400 block of Green Avenue on Sept. 25 and found Scott Lange, 53, in the yard.

He was covered in cuts and appeared to be on drugs, investigators report, and also refused to drop the shovel when asked.

Following that, he left the neighbor's yard and crawled into his house, according to police.

When officers followed, Lange threw a chair at them, and threw the shovel so hard it knocked one of the officers over, investigators report.

Then officials said he then crawled into an empty refrigerator and started throwing things at police, while using TV tables as a barrier.

Finally officers said they were able to use their Taser, causing him to fall out of the refrigerator.

That's when they said he tried to eat broken glass.

Officers grabbed him, and brought him to the hospital where he was treated and taken to the Bay County Jail.

Officers report that Lange apparently thought he was dreaming, and didn't know where he was.

He has been charged with multiple counts including indecent exposure.

Investigators say situations like this can be very difficult for first responders given the physical and psychological conditions of the suspect.