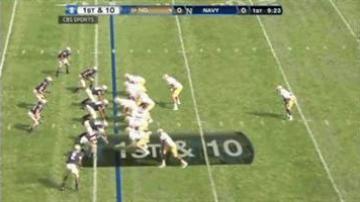 The Redskins and the Naval Academy announced that the 2014 Navy-Notre Dame game will be played on Nov. 1 at FedEx Field.

Notre Dame has played Navy every year since 1926. Making it the longest, continuous, intersectional rivalry in college football.

The meeting will be their first at FedEx Field since 1998.

And the university also announced that next year's match-up against Michigan will be "Under the Lights" at Michigan Stadium.

It is the teams' third straight night game.

The game will be broadcast on ABC or ESPN on Sept. 7.