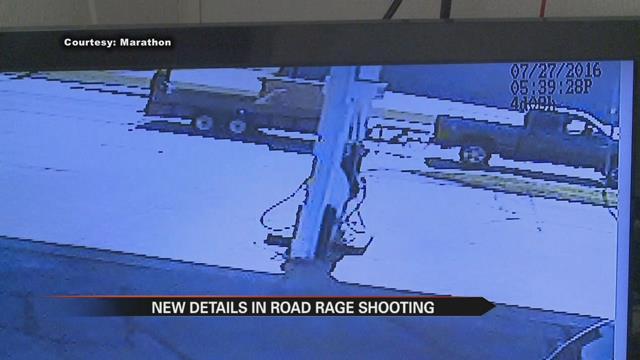 New details have been released about a road rage chase that started in Syracuse and ended in North Webster with gun fire.

Wednesday night around 6 p.m., North Webster and Syracuse, two small but densely populated town, were the start and finish of a dangerous road rage chase.

According to Indiana State Policee, two vehicles raced south into the town of North Webster, a nearly 10 mile pursuit.

Police say the driver of a 2003 gray Dodge pickup, 24-year-old Alexander D. Jackson, was shooting a gun at the occupants of a gray 2000 GMC Yukon.

“I just had one brief conversation with him this morning and I mean hes you know hurting in pain a little bit from being hit but I think hes doing ok for this situation,” said Brittany Brown, a neighbor of the driver of GMC, 25-year-old Nathaniel Boyer.

Jackson was shot by a Kosciouscko County Deputy after crashing into the building and taken to an area hospital.

The shooting is still under investigation.