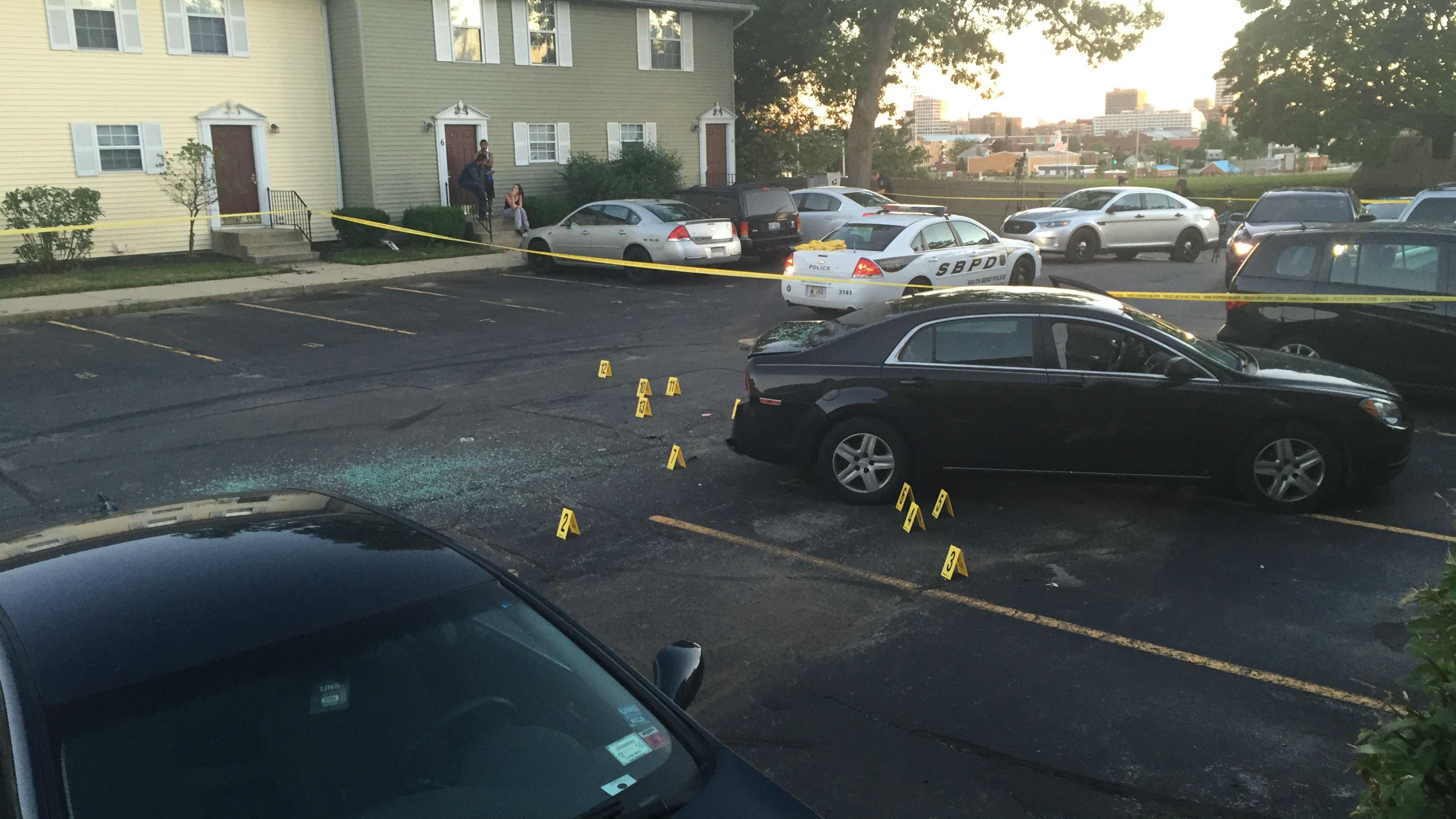 South Bend Police responded to a shooting near Eddy Street in South Bend Tuesday around 8:00 p.m.

Lieutenant Anthony Ross says crews were dispatched to the Subway restaurant at 323 north Eddy Street regarding a possible shooting victim.

Police found a man that had been shot at least three times.

The victim was taken to the hospital and is in stable condition.

Police say shots were fired near the 400 block of North Frances Street, in the parking lot Eddy Street Townhomes.

According to police, the victim somehow made his way to the Subway Restaurant on North Eddy Street just across the street from where the shooting happened.

Police say the victim flagged down a woman for help and she drove over to the Subway parking lot to help him.

Investigators found two cars badly damaged in the Eddy Street Townhomes lot that appeared to have been in an accident.

According to witnesses, three people fled the scene leaving the car behind after the shootings.