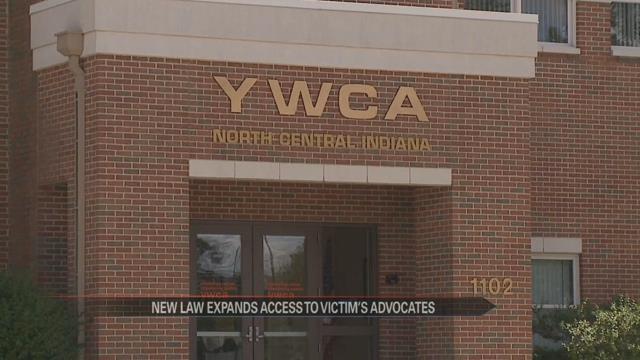 A new law passed on Monday allows victim services to have access to non-public records to better assist victims of domestic violence and child abuse.

In January, law enforcement began using the Lethality Assessment Protocol, a series of questions posed to victims of domestic violence to determine if their lives are in immediate risk by their abuser.

The goal is for police to keep victims safe by referring those at risk to victim services like the YWCA.

Before Monday’s law was passed, victim services were not allowed access to LAP or the victim’s police records.

Victim services were considered just like the public when it came to getting information from the police.

The new law will make it easier for police to work alongside victim services so they can provide the best care possible for victims of domestic violence and child abuse.

“If we shared the information from that protocol or any police reports with anyone from outside law enforcement that would expose those records to be available to anyone who asked for those records,” said Sheriff Michael Grzegorek, St. Joseph County Police Department

The initial concern in sharing a victim’s police record was that public access could potentially re-victimize the victims of domestic and child abuse if the information got into the wrong hands.

“If the answers to those questions were publicized or turned over to the abuser, the consequences for the victim could be disastrous,” said Eric Tamashasky, legal advisor for the St. Joseph County Police Department.

So to avoid everyone seeing records, no one could. Making it very difficult for police to work alongside victim advocacy groups like the YWCA when trying to help victims.

“Some of the law enforcement agencies were uncomfortable about what might happen as a result of their sharing police reports and other confidential information that they obtained from victims, with victim’s services,” said Linda Baechle, YWCA North Central Indiana President & CEO.

Without this information, the YWCA says they weren’t able to best assist their victims and the police agreed.

“It’s one of those cases that something perhaps had been over looked for years, we never thought about it until they brought it to my attention,” said Senator Arnold.

The team worked tirelessly together to write act 289 and ensure that it become law.

“It was very rewarding and definitely felt like a win,” said Sheriff Grzegorek.

The team now hopes other states will take their lead.

“This is probably something that other states are going to be looking at,” said Senator Arnold.

“I think this gives people a model to look at and say ‘an ounce of prevention is worth a pound of cure’ we need to do what Indiana has done,” said Tamashasky.