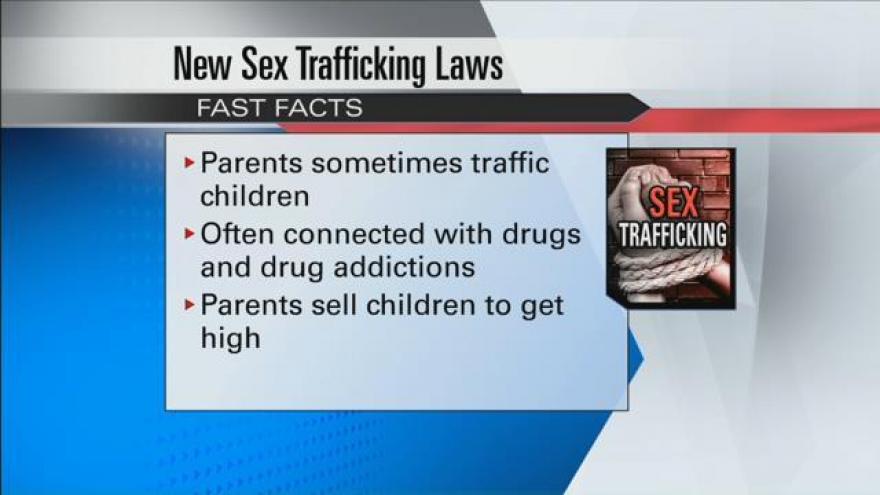 New Indiana state laws are in effect, in hopes of cracking down on child sex traffickers. Last year alone, there were 53 reported cases of child trafficking in Indiana, but the Indiana Youth Institute suspects there were more that were not reported.

The laws are aimed at giving harsher penalties to those who are involved with child sex trafficking.

State legislators have expanded the definition of sex offenders to include child sex traffickers.

The law also makes it a felony to maintain, a misdemeanor to visit, and a common nuisance for those places where sex trafficking occurs.

An additional law allows the Department of Child Services to step in and help a child who is, or living with an adult who is, involved with sex trafficking.

Sometimes the sex traffickers are the parents.

As with other crimes, drugs and addiction to have a part in this specific type of crime.

The Indiana Youth Institute says that some parents may sell their own children in order to get high.

In other cases, predators have been known to use social media to recruit children.

According to the National Center for Missing Children, one in five runaways will likely fall victim to sex trafficking.

Indiana Youth Institute has released tips to help people spot if a child may be being trafficked.

They recommend keeping an eye out for signs of depression, anxiety, unexplained bruises or injuries, scripted answers to questions, and being constantly with someone who is controlling.

It is Indiana state law for adults to report any suspected cases of child neglect and abuse, and this now includes child sex trafficking.