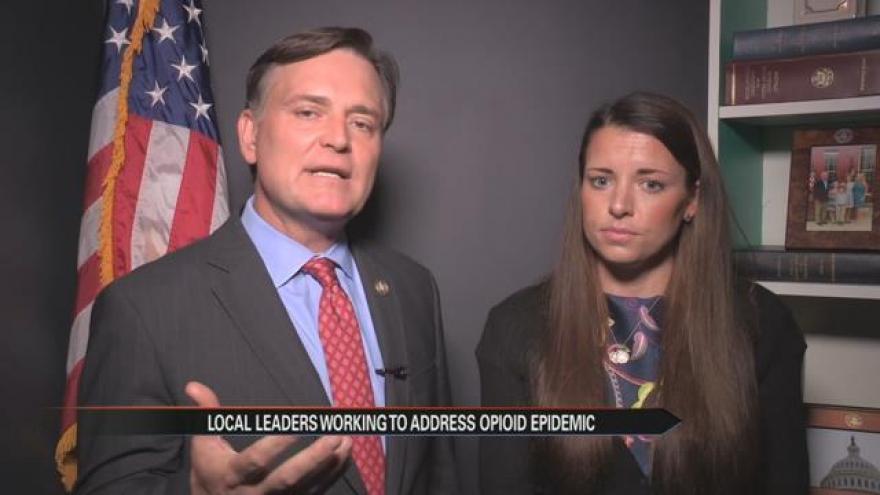 Some Republican leaders are claiming a loss of faith in the American dream is tied to the opioid epidemic. In an effort to change that, they banded together Tuesday for the first hearing of the new ‘Task Force for the American Worker.’

“When I grew up, I was taught the American dream. If you work hard, and stayed focused, anything was possible… I think today, there are folks that don’t believe that any longer,” said Indiana Representative Luke Messer, Republican Policy Committee Chair.

Representative Messer says that’s a huge problem for citizens and the economy as a whole.

“There’s been a lot of effort to get the top level of the economy going, but not enough effort on providing opportunity for working Americans. We’re working on developing the agenda that will help get that,” he said.

The group developing that agenda is the newly launched ‘Task Force for the American Worker.’

“Certainly for those that are struggling with those areas to really try and understand all those different components that are a part of it, that unemployment is really one aspect of a really multifaceted challenge, and that’s where it takes policy decisions, but it also takes community leaders and working with families,” said Mayor Milo.

They’re working with everyone to continue to stimulate the economy, so Hoosiers young and old start to dream again.

“Seeing the opportunity that can come from the rate of change that we’re experiencing…Then they can see a path toward success and be excited about those opportunities and believe that there are better days ahead of us,” said Mayor Milo.

Tuesday’s hearing was just the first in a series of hearings aimed at improving the lives of everyday working people.

Some of the other topics they plan to address include manufacturing, healthcare, a slow economic recovery, higher education costs, retirement security, and trade.