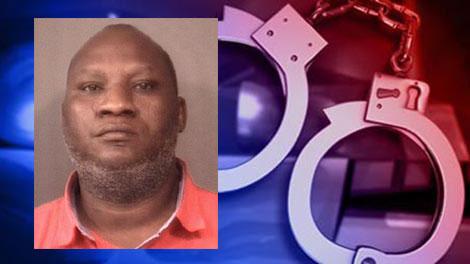 A 44-year-old man from Nigeria pleaded guilty to stealing money from a Kosciusko County woman in June of 2014.

Kazeem Owonla was sentenced to 36 months in jail, with 26 months suspended, for one count of theft, a class D felony.

He must pay restitution to the victim as well as costs and fines in excess of $16,000 before he can be released from jail.

Owonla was arrested at the Hartsfield-Jackson Atlanta International Airport in November 2014.

The Kosciusko County Sheriff's Department began investigating the theft in June 2014 and learned Owonla had used various aliases as well as a photograph of Montana Attorney General Tim Fox as a profile picture to lure females, deputies said.

A Nigerian man, who was arrested last year by Kosciusko County detectives in connection to a large financial scam, has been sentenced locally and is now currently in federal custody.

Detectives connected Owonla to the Kosciusko County victim and a second female victim in Clarksville, Ohio.

Detectives believe there may be other victims he may have scammed using other names or aliases.