'Nobody kill anybody': Baltimore hopes for homicide-free weekend 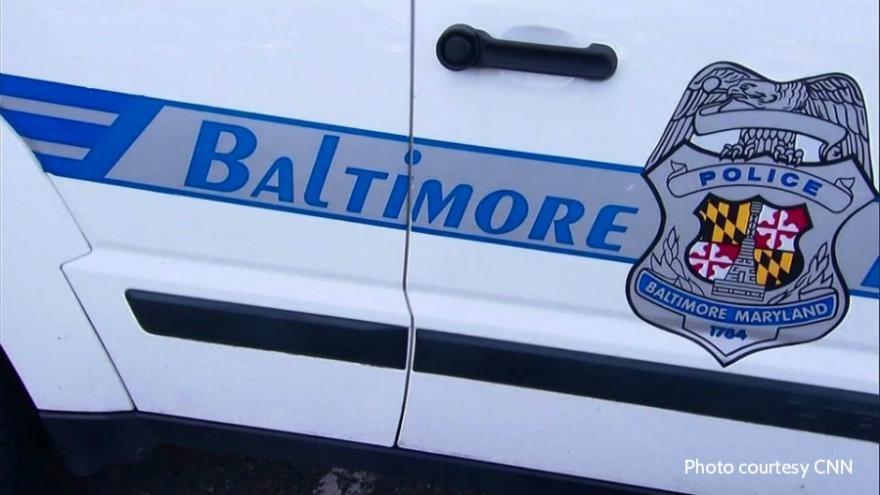 (CNN) -- Baltimore activist Erricka Bridgeford's message is simple: Nobody kill anybody for 72 hours.

That's a lot to ask for in a city on pace to record its highest annual homicide toll, a place still reeling from the racially-charged riots that followed the 2015 death of Freddie Gray at the hands of police.

So Bridgeford and other community leaders have been hitting the streets of West Baltimore, urging drug dealers and gang members to put their guns down from Friday through Sunday.

"This is about a culture shift," she said. "It's about helping people realize they have a choice in their decision-making. Not just about committing violence but about feeling hopeless that there's nothing we can do about the level of violence in our communities."

With 208 homicides so far this year -- compared with 318 for all of 2016, according to a tally by The Baltimore Sun -- and police-community relations stretched thin, some residents doubt the ceasefire will be successful. Others see it as a way to start taking back control of crime-plagued neighborhoods.

T.J. Smith, a Baltimore police spokesman whose 24-year-old brother was fatally shot last month, said some skeptics are banking on the next burst of gunfire to declare the anti-violence effort a failure.

"The measure of success is the fact that we're having this conversation," he said.

"We can't be successful as a city without the citizens being motivated, and that's what this is. People are engaged that might not have been engaged before. We need this to spread like an epidemic."

'Three or four funerals a year'

For Bridgeford, 44, one of six ceasefire organizers, the grassroots event is personal.

Bridgeford said organizers have raised money to be donated to families of gun violence victims over the weekend.

"If there is any violence," she said, "people are going to immediately rush to those neighborhoods and give people the love and support they need."

On Saturday, people plan to gather at Druid Hill Park to give out hugs. At a City Hall vigil on Sunday, the names of the more than 200 homicide victims so far this year will be read.

"We don't believe this is a cure for violence," Bridgeford said. "What we do know is that we are showing the world what happens when people all decide together to try to do something."

The Rev. Scott Slater, a Episcopal priest, plans to lead a prayer walk Saturday in memory of people who have died from gun violence. The practice started about two years ago, with participants walking two to three miles in certain neighborhoods, stopping where people were gunned down and saying a prayer.

Some walks, he said, have included as many as 17 stops.

"There are still a lot of people like me -- a white male who lives in the suburbs -- who don't understand the visceral elements of living in places like West Baltimore," said Slater, who works for the Episcopal Diocese of Maryland and lives just outside the city. "And walking there enables you to feel the visceral despair that you don't feel driving through in a car."

In addition to the soaring homicide rate in the city of about 615,000 people, the beleaguered police department has struggled to restore public confidence. In recent weeks, videos emerged that appeared to show Baltimore police officers planting drugs during arrests.

In April, a federal judge approved a consent decree after a Justice Department report uncovered wide racial disparity in how the Baltimore police treat citizens. The federal oversight stemmed from a civil rights investigation launched after the death of Gray, who suffered a fatal injury while in police custody.

Six officers were indicted on a range of charges in connection with Gray's death. Three of them were acquitted, and in July 2016, prosecutors dropped charges against the remaining three.

The young man's death touched off riots and fueled on ongoing debate over racial bias in policing.

"The last time the world saw Baltimore rise up this way it looked very different," Bridgeford said. "I loved that uprising. It was a blessing. It needed to happen. Pressure literally busts pipes. Now the world is able to see that Baltimore isn't just angry. Baltimore is strong and powerful and we're coming together."

'Nothing to look forward to'

Cassandra Crifasi, deputy director of the Johns Hopkins-Baltimore Collaborative for Violence Reduction, said even a single day without a shooting would be considered an accomplishment. Two people died during Baltimore's last ceasefire, on Mother's Day weekend.

"We didn't get to this point overnight," she said.

"It didn't happen in one weekend. There were years of frustration being built up -- the drug trade and gangs and issues with civil liberties and policing. All these things sort of erupted with death of Freddie Gray and have been continuing. We're not going to fix it overnight. It's going to take small steps."

Still, others believe the fix to Baltimore's troubles lies beyond consent decrees, police reform and ceasefires.

"We have a lot of people in this city with nothing to look forward to," said Dwight Watkins, who went from being a squeegee boy and crack dealer to college professor and author of "The Beast Side: Living (and Dying) While Black in America."

"People are frustrated and it's hot and they have nothing," said the author, who writes under the name D. Watkins. "They live in a place where you can see opportunities but you can't touch them."