You may have seen this type of cloud before and just haven't realized that it's relatively rare. These noctilucent clouds, which is just a fancy phrase for clouds that visible or glowing at night, are best seen one to two hours before sunrise or after sunset when the sun's light only hits the highest portions of the atmosphere and nothing else closer to the surface. These clouds form way up in the sky, around 50 miles above the surface, in a layer of the atmosphere called the "mesosphere". At this altitude, suspended dust and debris from burned-up meteors act as "seeds" for ice to form, but only when the temperatures are cooler-than-normal in this layer of the atmosphere, thanks to relatively low sun activity. We typically see that kind of solar activity right around this time of the year: Late spring into early summer. When the sun activity is just right, we can see these cloud types form. They typically appear as very thin, wispy clouds that glow blue! 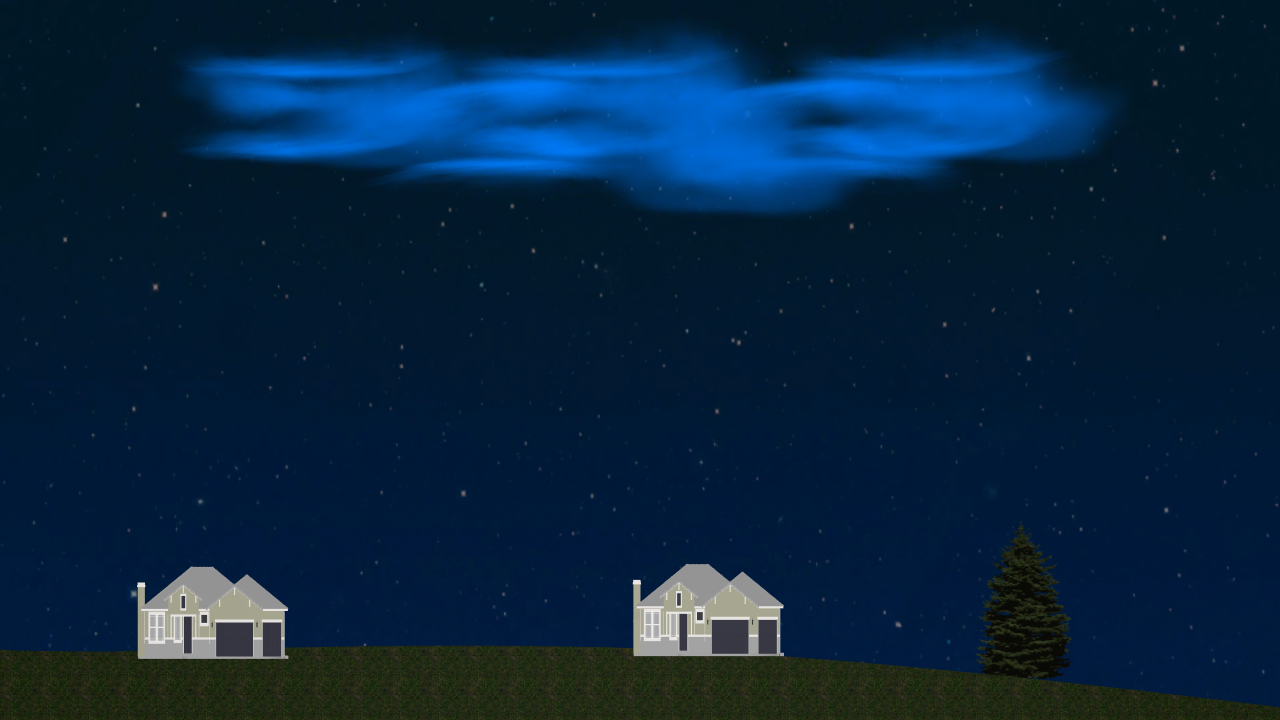 You can easily think of them as a kind of outer space cirrus cloud. Temperatures at this level are around -150 degrees! Obviously, we need some clear or mostly clear skies closer to the surface to see them. 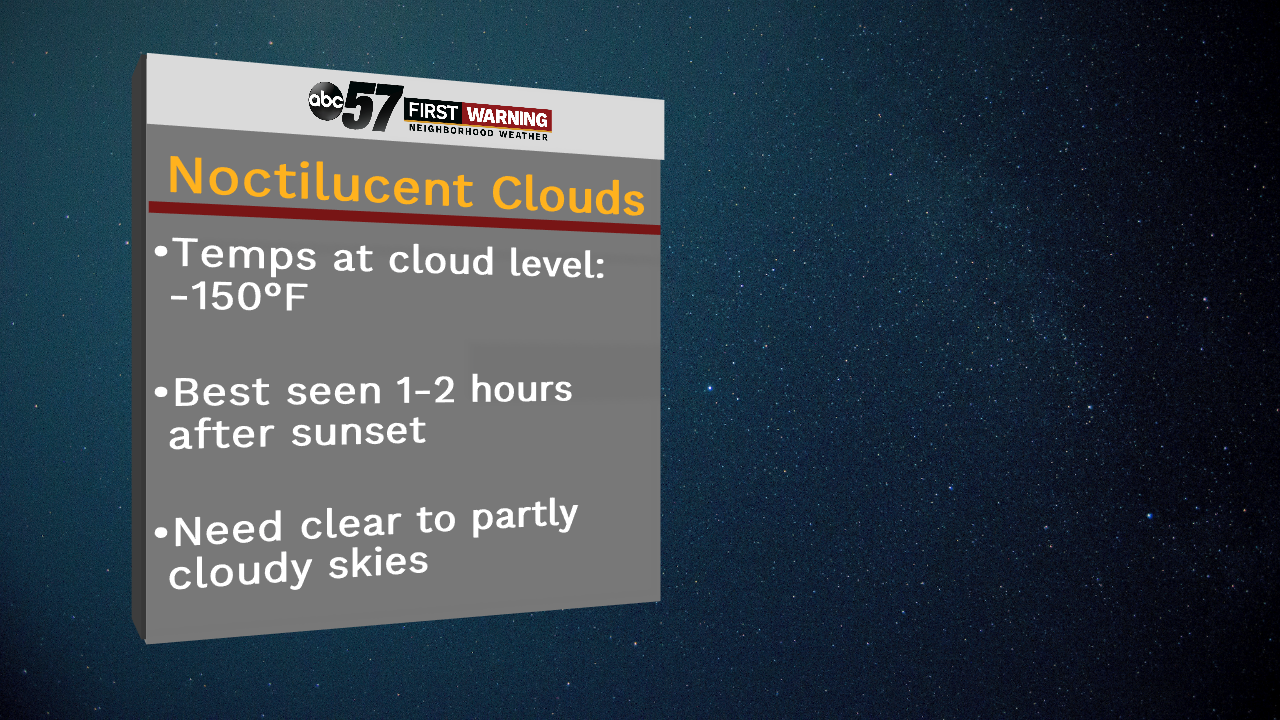 These clouds only come around for a few months out of the year, thanks to earth's tilt and the sun activity seen in late spring and early summer. Noctilucent clouds form so high up in the sky that it can be difficult to see with mostly cloudy to cloudy skies like we typically find overhead in michiana. That will most likely be the case tonight. Not only do we have the clouds moving back in tonight, but the showers and a heavy rain threat overnight. 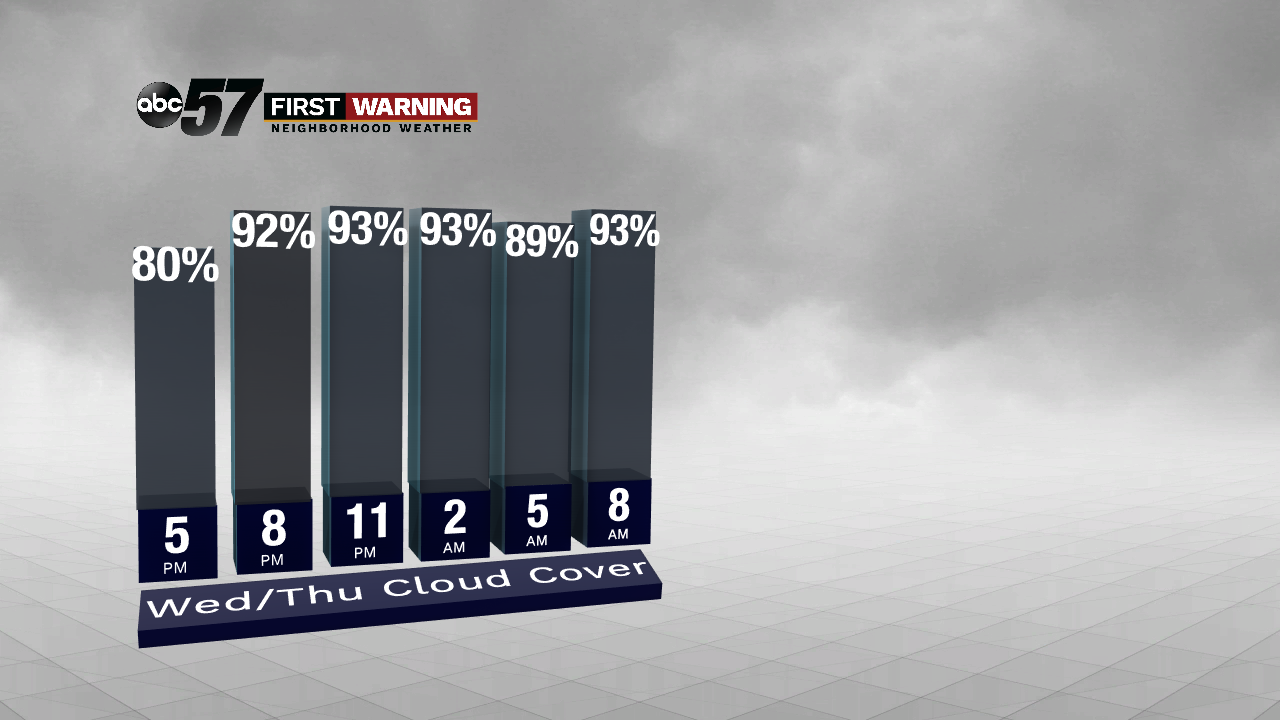 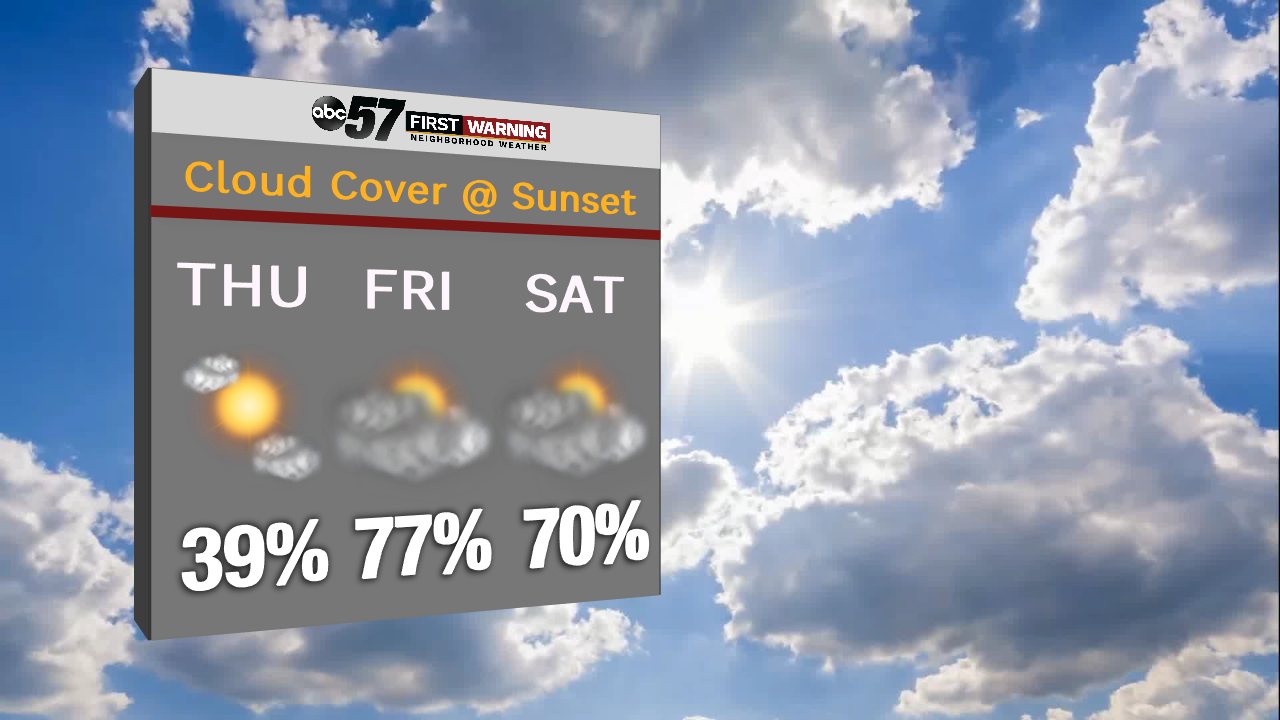 If you really want to try and find these clouds, wait until Thursday night, after sunset, so around 10 or 11 pm. Skies should be more on the mostly clear side that evening, so some of us should be able to see that high up. But, of course, good viewing conditions don't last too long around here as Friday and Saturday evening are likely mostly cloudy once again.