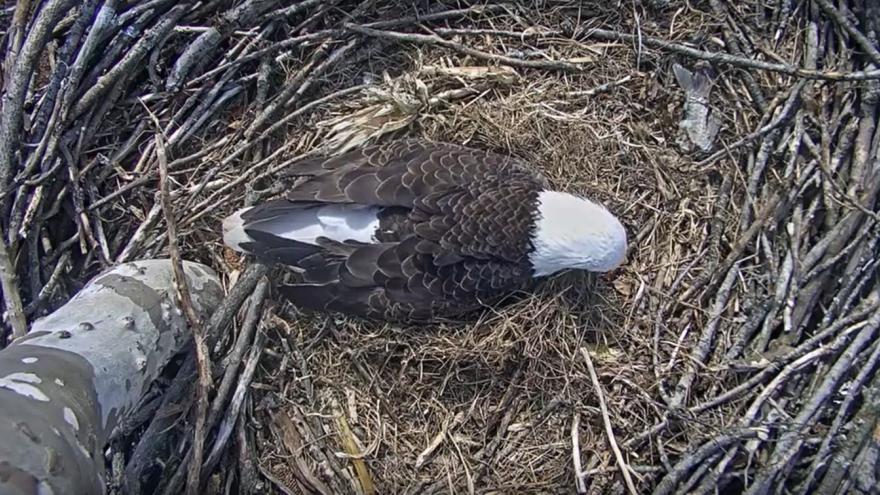 ND-LEEF says the first hatch happened Tuesday, April 2, the two other eaglets are expected to hatch within the next several days.

The eagles had claimed the nest of a red-tailed hawk back in 2015 and this is the first time three eggs have been laid by the pair.

According to ND-LEEF, eagles typically lay two eggs in the months of February and March which take around 35 days to hatch.

Those interested in visiting the park to see the eagles are advised to park in the St. Patrick’s County parking lot and view the nest activity from the Morrison Education and Outreach Pavilion on the northern end of ND-LEEF.

Those interested in sharing photos and media are encouraged to use the hashtag #NDEAGLEWATCH.

Viewers can watch an in-nest camera which shows the last four hours of activity in the nest here.