(CNN) -- Beyond preparing for the next field of battle, or advancing a massive arsenal that includes nuclear weapons, the Pentagon has also researched the possible existence of UFOs.

The New York Times reported Saturday on the once completely classified project that began because of the intense interest in the subject by former Sen. Harry Reid of Nevada. 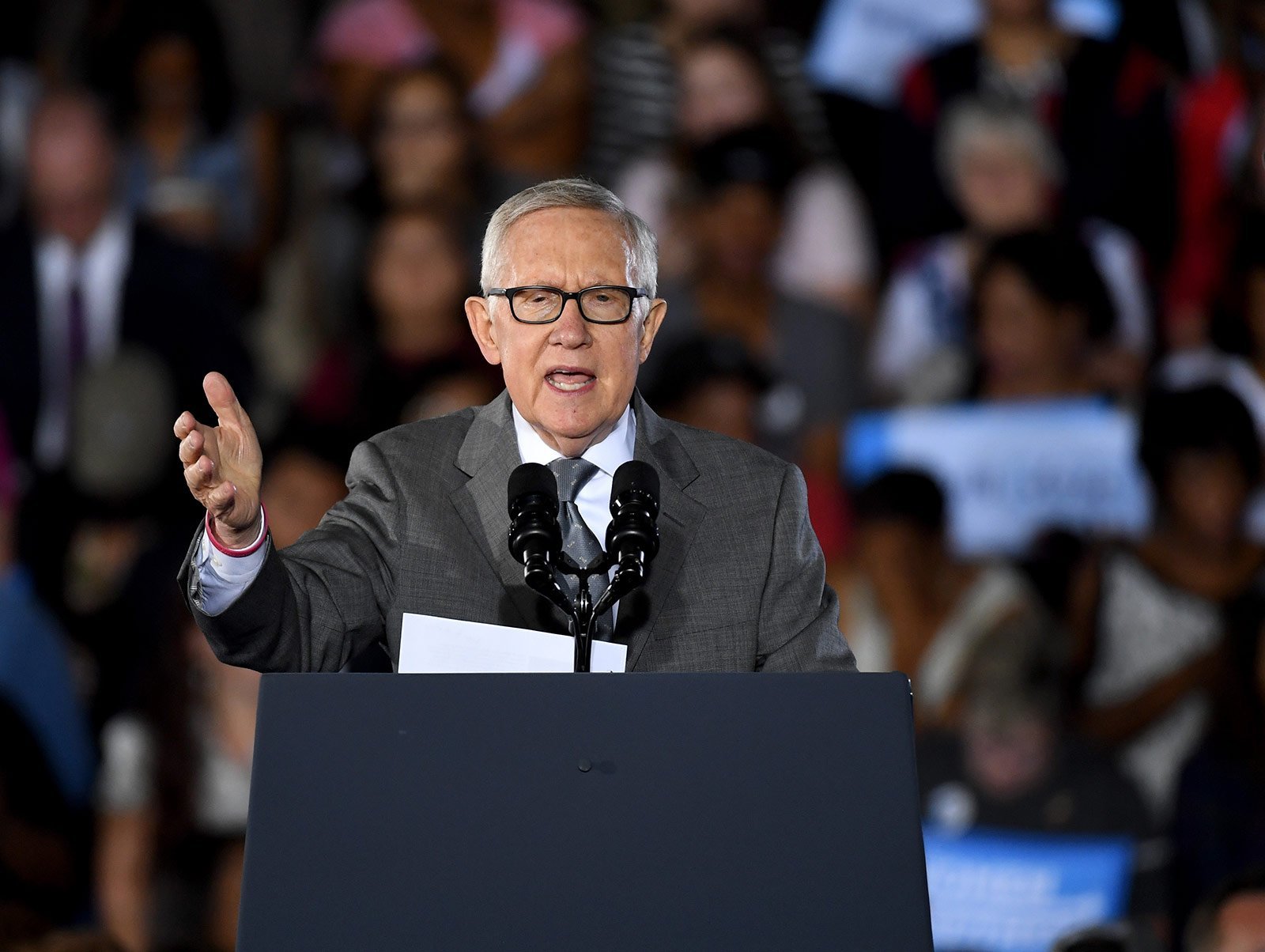 Former Sen. Harry Reid speaks at a rally in Nevada in 2016. The New York Times says it was his interest that spurred the creation of the UFO program. Ethan Miller/Getty Images

According to the Times, the Advanced Aviation Threat Identification Program was launched in 2007 after the Nevada Democrat spoke to his longtime friend, Robert Bigelow, the billionaire founder of an aerospace company. Bigelow has spoken about his belief in UFOs visiting the United States as well as the existence of aliens.

Among the anomalies the program studied, the paper said, were video and audio recordings of aerial encounters by military pilots and unknown objects, as well as interviews with people who said they had experienced physical encounters with such objects.

In one instance, the program looked at video footage of a Navy F/A-18 Super Hornet surrounded by a glowing object of unknown origin traveling at a high rate of speed in a location that officials declined to identify, the paper said.

The Pentagon says the program has since been shuttered.

"The Advanced Aviation Threat Identification Program ended in the 2012 timeframe," Pentagon spokesman Tom Crosson told CNN. "It was determined that there were other, higher priority issues that merited funding and it was in the best interest of the DoD to make a change."

But according to the Times, certain aspects of the program still exist with officials from the program continuing to investigate encounters brought to them by service members, while these officials still carry out their other duties within the Defense Department.

The former director of the program told the paper that he worked with officials from the Navy and CIA from his office in the Pentagon until this past October, when he resigned in protest. He said a replacement had been named, but he declined to identify them.

Reid, the Times says, was also supported in his efforts to fund the program by the late Sens. Ted Stevens of Alaska, Daniel Inouye of Hawaii, and John Glenn of Ohio, the first American to orbit the Earth, who told Reid the federal government should take a serious look at UFOs.

And working to keep a program that he was sure would draw scrutiny from others, Reid said he, Stevens and Inouye made sure there was never any public debate about the program on the Senate floor during budget debates.

"This was so-called black money," Reid told the Times regarding the Defense Department budget for classified programs.