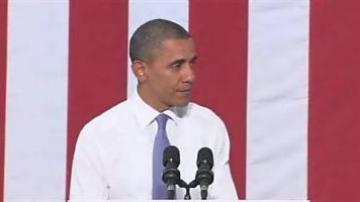 During a speech in Reno, Nevada Tuesday, the president accused Romney of not having a plan for education.

"The other side will not talk much about education because they don't really have a plan," said Obama. "They won't be talking about much but they will spend more money than we've ever seen on ads that just try to repeat the same thing.”

The Romney campaign said education is a top priority. An earlier statement from the campaign said college tuition has increased under the Obama Administration and that graduates have had a tougher time getting jobs.