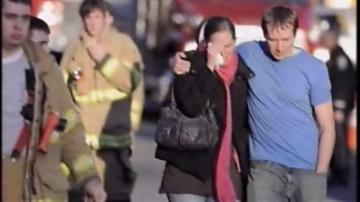 NEWTOWN, Conn. -- As people in Newtown, Connecticut continue to mourn following a shooting massacre at an elementary school, President Obama is now making a pledge.

He selected Vice President Joe Biden to lead the task force. The group is expected to come up with concrete proposals by January.