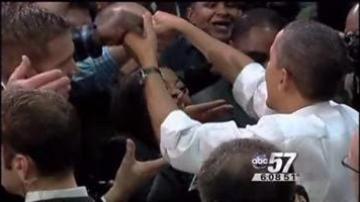 Wednesday the president visited a truck plant in North Carolina to talk about his administration's fuel efficiency standards. He even went as far as to warn voters in the battleground state to be skeptical of his opponents' election year claims.

“Next time you hear some politician trotting out some three-point plan for $2 gas, you let them know, we know better,” said Obama. “Tell them we're tired of hearing phony election year promises that never come about."

The head of the American Petroleum Institute told lawmakers The U.S. has energy resources that aren't being fully tapped.

He said using those energy sources could bring gas prices down.