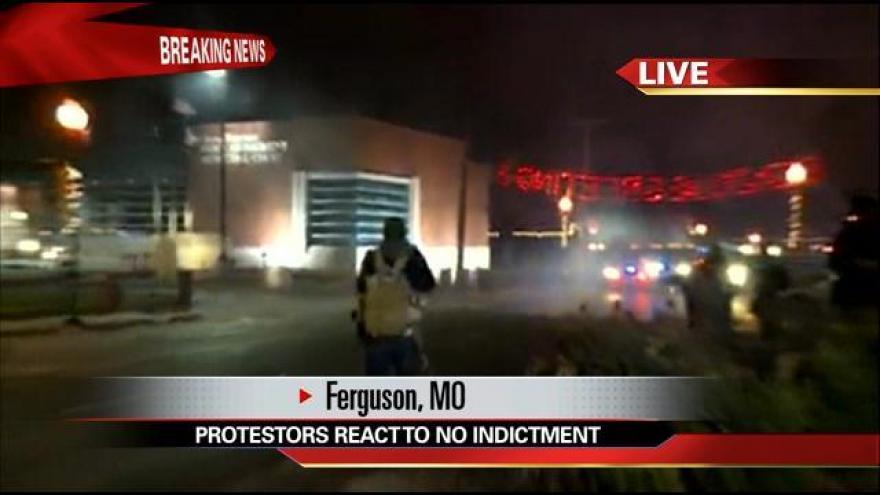 FERGUSON, Mo. - Officer Darren Wilson has not been indicted by a grand jury for the shooting death of unarmed teenager Michael Brown.

Riots have broken out in Ferguson as a result of the grand jury's decision.