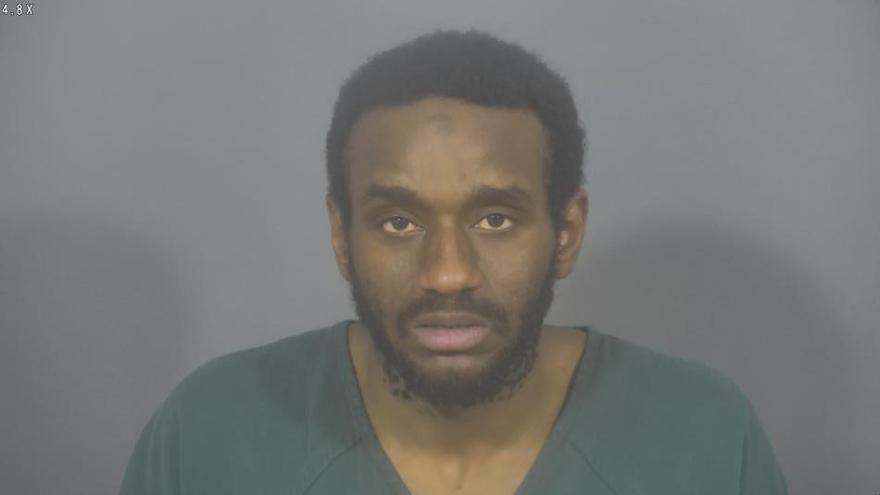 ST. JOSEPH COUNTY, Ind. -- A man who broke a police officer’s cheekbone while resisting arrest is facing multiple charges related to the incident, according to court records.

Around 4:30 a.m. on April 7, South Bend Police responded to a gas station on S. Michigan and Monroe streets for reports of an unwanted person.

When police arrived, one of the officers recognized the unwanted person as someone he had dealt with previously for trespassing there, reports said.

The officer told Grayson he was not allowed in the store and asked him to put his hands behind his back.

Grayson then pulled a plastic lighter from his pocket and began clicking it and swinging it at officers, according to the probable cause affidavit.

Grayson then swung at Officer Tyler, hitting him in the face, according to the probable cause affidavit.

Grayson ran to the back of the store, but there was no exit.

Officer Tyler then fired his taser at Grayson, but it had no effect, reports said.

Grayson struck Tyler in the face two times while holding the screwdriver, causing an injury to the officer’s face, reports said.

Officers took Grayson to the floor, where he continued to struggle with officers.

As Grayson struggled, Officer Tyler used his taser to drive stun Grayson to get him to stop, but it was not effective.

Police said Grayson reached back and grabbed Officer Tyler’s stun gun and it discharged a second set of probes into Grayson, reports said.

The second officer was on top of Grayson trying to get him under control and received a shock when Grayson was tasered, reports said.

Officer Tyler drove to the hospital for treatment. He suffered a cut to his face and his lower left cheekbone was broken.