Officials say explosion may have caused fire at Ameriwood Industries 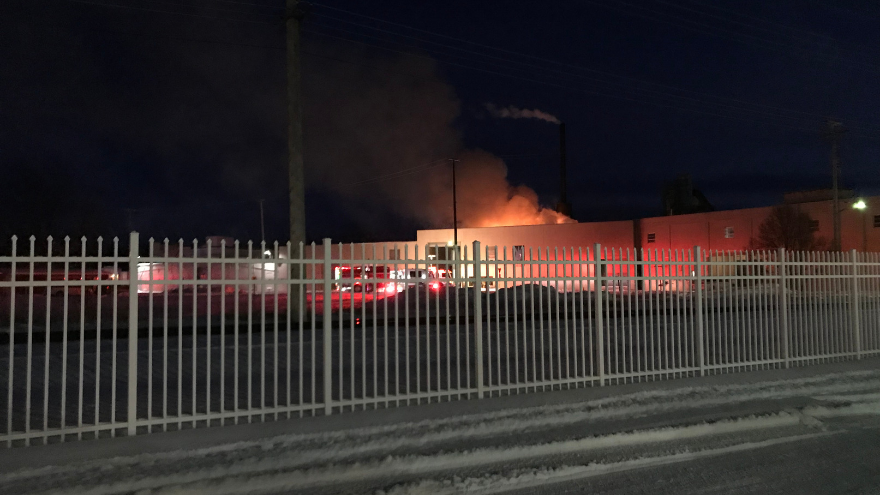 DOWAGIAC, Mich.—Officials say that the fire on Sunday at Ameriwood Industries burned for nearly four hours and is believed to have been caused by an explosion in the boiler feed auger system.

At approximately 5:32 p.m. on Sunday, the Dowagiac Fire Department and Wayne Township fire Department were dispatched to Ameriwood Industries, located at 202 Spaulding, for a commercial structure fire.

Smoke from the building was visible from the downtown area.

Upon arrival, units noted fire in the boiler heating and sawdust hopper areas.

The fire was declared under control at about 9:30 p.m. but crews remained on scene until after midnight to put out smaller hot spots.

Officials say that the fire is believed to have started due to an explosion in the boiler feed auger system, which feeds stored sawdust to a burner in a part of the boiler heating system/

Damage is still being assessed but large overhead doors and walls were damaged in the explosion.

Local businesses and citizens brought beverages and food to support the firefighters during the fire.

True's Towing brought a heated trailer for fire crews to warm up in.