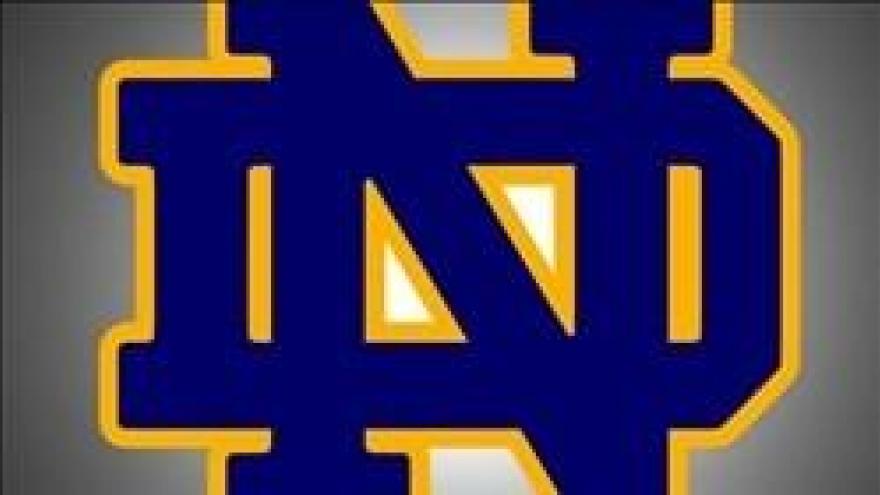 The tenaciousness of top-ranked Notre Dame's defense, the speed of its offense and a crowd of 8,106 overwhelmed No. 17 Washington early in the Preseason WNIT final on Sunday and the Huskies never recovered.

The Fighting Irish jumped to a 12-0 start and led 25-8 at the end of the first quarter en route to a 71-60 victory on Sunday as Arike Ogunbowale led Notre Dame with 17 points and Kathryn Westbeld added 14 points and eight rebounds. Ogunbowale and Marina Mabrey had four steals each as Notre Dame forced 17 turnovers, leading to 19 points.

"Transition is our game. We want to get out and run," Notre Dame coach Muffet McGraw said. "I think that's one of the things we're known for."

Washington coach Mike Neighbors said the male players who the Huskies normally practice against weren't available the past few days so it made it tougher to prepare for Notre Dame's speed.

After trailing by as many as 20 points early in the second quarter and 19 late in the third quarter, the Huskies (3-1) closed to 63-53 on a basket by Chantel Osahor with 5:53 left. But Ogunbowale hit a basket inside and Turner hit a free throw and scored on a rebound as the Irish regained control.

Kelsey Plum, who entered the game averaging 30 points, finished with 22 points on 7 of 19 shooting, including 2 of 6 from 3-point range. Plum credited Notre Dame's defense.

"They sat on my left hand the entire game. They made me take a step back, fadeaway jump shots, and I didn't knock as many down as I should have," she said.

The Huskies entered the game shooting 48.2 percent from 3-point range, but only shot 32 percent on Sunday.

Washington, which hadn't trailed by more than seven points in its first three games, missed their first five shots and had four turnovers while the Irish hit 5 of 8 shots.

"I think once we got punched in the mouth we just settled down, and said, `That's OK. That's why they're No. 1 in the country. Let's start playing basketball now.' So I think that initial punch, it was cool to see our team battle throughout and play them even," Plum said. "I think that will help us in the tournament and future big games. I think we'll be a little bit more prepared from the jump."

Washington: The Huskies, playing on the road for the first time, struggled shooting early and couldn't hit consistently from 3-point range as they usually do. ... They fell 0-7 all-time against teams ranked No. 1.

Notre Dame: After struggling both offensively and defensively in a four-point win against Green Bay, the Irish played much better at both and in extending their home winning streak to 34 games.

Notre Dame: The Irish play Louisiana-Lafayette in Houston on Tuesday, a neutral-site home game for the Irish so Turner can play near her home in Pearland, before returning home to face TCU at home on Saturday.