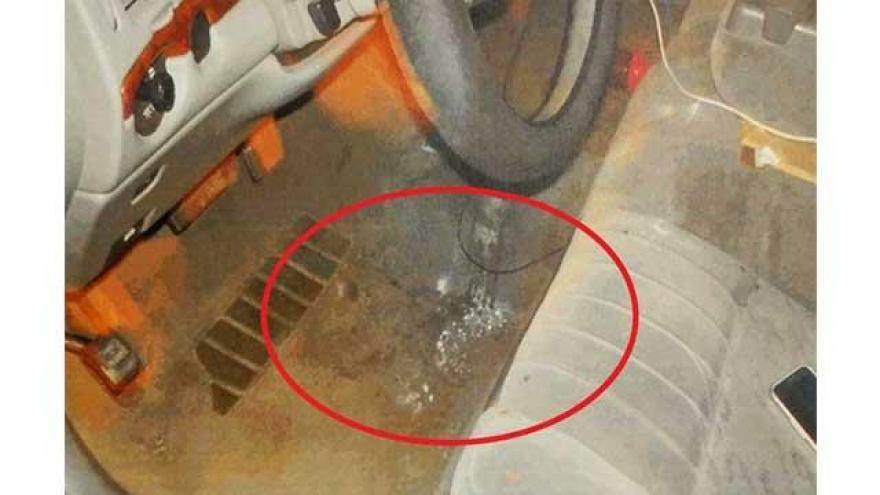 EAST LIVERPOOL, Ohio (CNN/WCPO) -- A police officer in East Liverpool, Ohio is recovering after authorities said he accidentally touched and overdosed on fentanyl seized during an arrest.

That's when Green noticed there was white powder on the car seat and floor, as well as on Buckle and another passenger's shoes and clothing, East Liverpool Captain Patrick Wright said.

Green arrested the two men – Buckle and 24-year-old Cortez Collins. He then followed protocol by putting on gloves and a mask to search the car, Wright told WKBN.

When Green got back to his police station, another officer noticed he had some of the white powder on his shirt, Wright said.

"Just out of instinct, he tried to brush it off - not thinking," he said.

An hour later, authorities said Green passed out at the station and overdosed on the white powder – which was later determined to be fentanyl. The drug can get into the body just through contact with the skin.

"They called an ambulance for him and the ambulance responded for him," Wright told WKBN. "They gave him one dose of Narcan here and then transported him to East Liverpool City Hospital, where they gave him three additional doses of Narcan."

He told WKBN the incident was a scary example of how the drug epidemic has forced police officers to change aspects of their job.

"We changed our procedures to where we used to field test-drugs," Wright said. "We don't do that any longer because of accidental exposures."

Buckle, of East Liverpool, and Collins, of Cleveland, were charged with tampering with evidence. Collins had an active warrant out for his arrest out of Euclid.