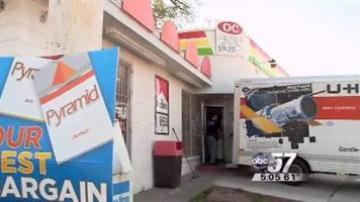 Last October, Ebrahim  Almalabeh was charged with three felonies. Officers say they found the little blue pill along with oxycotin in his Olive Street Convenience Store.

Immigration officers later found out that he was not legally in the country and he was then taken into federal custody.