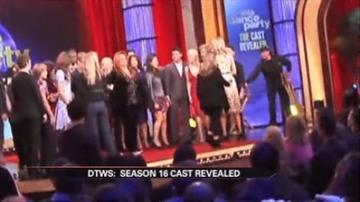 NEW YORK — Two Olympic Gold Medalists, a Super Bowl star and a Grammy Award winning artist are among the newest celebrities to put on their dancing shoes in ABC's "Dancing with the Stars."

On Tuesday, ABC announced the cast of the sixteenth season of the popular reality series that pairs celebrities and dancers.