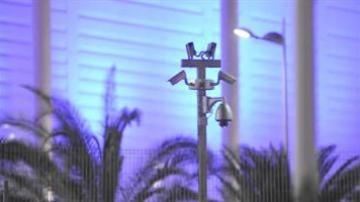 SOCHI, Russia -- Safety has been a hot issue at this year’s Sochi Olympics, but those who are in Russia feel pretty safe.

Cameras, fences, and checkpoints are just some of the measures that are helping more than 40,000 police officers and military personal keep visitors safe in Sochi.  It has eased the mind of Olympic visitor Pascal McClellan.

“Coming in I felt very nervous but if Vladimir Putin was there you know it is safe, secure," said McClellan.

For the first time in Olympic history spectators must go through a background check.

Once completed, people are given a spectator pass, along with either a day pass or event ticket allows the individual access to the venues.

The process is pretty simple according to spectator Malcolm Kempt.

“It doesn’t seem to be like overwhelming to the spectators and everyone is friendly,” said Kempt

Some blame media reports for keeping many on edge.

“The fear came from the media. Media blew it out of proportion, they told us to avoid busses and trains and so far it has been safe," said McClellan.

Because of the reports people took precautionary measures. Some even went to the extent of changing their will.

Many are comparing security measures in Sochi to that of a U.S. airport, if not tighter.