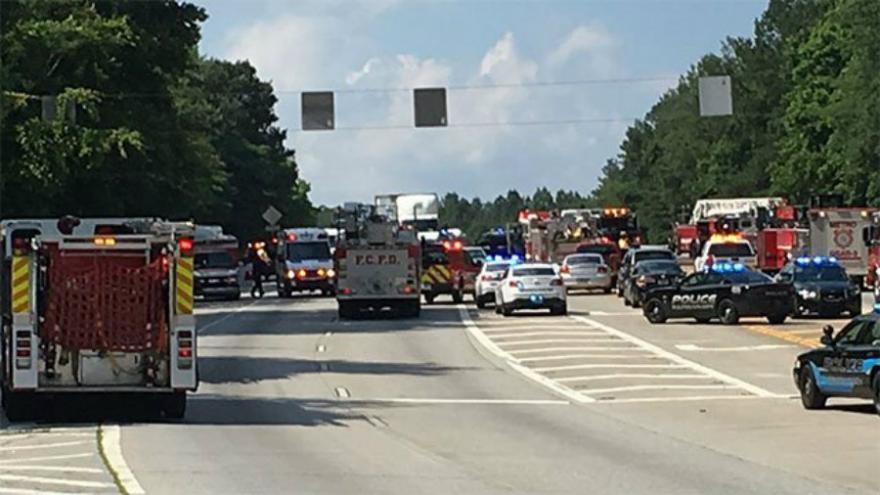 (CNN) -- One person was killed and at least two were injured when a church bus carrying nearly 40 people was involved in a crash with several other vehicles, Atlanta officials said.

The church bus was from Huntsville, Alabama, and was headed to Atlanta Hartsfield-Jackson International Airport for a trip to South Africa, officials said.

Two people injured in the crash were airlifted to hospitals.

This is a developing story with more details to come.