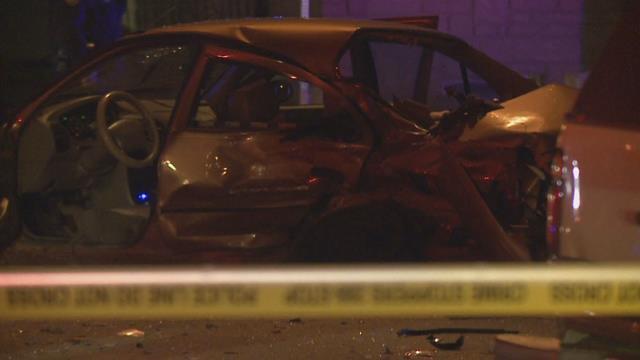 One person is dead after an early morning hit-and-run car crash in South Bend, according to police.

The accident happened around one o'clock Christmas morning near Ford and Olive Streets.

According to Mishawaka Police Captain Timothy Spencer, a white SUV ran a stop sign and crashed into a sedan.

An man in the backseat of the sedan was ejected during the crash, and he died on the scene.

Two other people were in the sedan at the time of the accident and were injured, but both are expected to survive.

Police are searching for the two people who ran from the SUV after the crash.

Spencer said the suspects are believed to be adult males, but he did not have a description of them beyond that.

Police are also searching for the driver of a third vehicle that may have witnessed the accident.

According to Spencer, a third vehicle was stopped at the intersection of Ford and Olive Streets when the SUV involved in the crash drove around it while running the stop sign.

Despite this information, police do not know who or where the possible witness is.