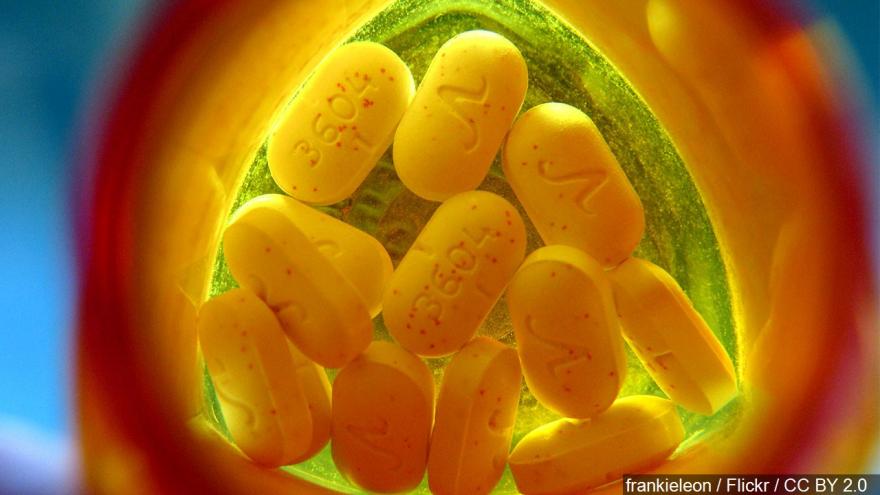 "Our citizens are dying. We must act boldly to stop it," the commission, headed by New Jersey Gov. Chris Christie, said in an interim report Monday. "The first and most urgent recommendation of this Commission is direct and completely within your control. Declare a national emergency."

In pushing for the emergency declaration, the commission said that Trump is the "only person who can bring this type of intensity to the emergency and we believe you have the will to do so and to do so immediately."

It is not often that a public health emergency is declared for something other than a natural disaster. The US Department of Health and Human Services declared one in Puerto Rico last year after more than 10,000 Zika cases were reported there. Before that, the last emergency declaration, unrelated to a natural disaster, was during the 2009-10 flu season, when there was widespread concern over a potential pandemic.

Citing the fact that 142 Americans die from drug overdoses every day, the commission said, "America is enduring a death toll equal to September 11th every three weeks."

"Your declaration would empower your cabinet to take bold steps and would force Congress to focus on funding and empowering the Executive Branch even further to deal with this loss of life," the commission said. "It would also awaken every American to this simple fact: If this scourge has not found you or your family yet, without bold action by everyone, it soon will."

The White House said it would "immediately" begin reviewing the commission's recommendations.

"The opioid crisis is a tragedy that has been harming America's communities for far too long," the White House said in a statement. "We appreciate the Commission's hard work on this important interim report. We will immediately begin reviewing its recommendations, and eagerly await its final report."

Since 1999, the number of American overdose deaths involving opioids quadrupled. From 2000 to 2015, more than 500,000 people died of drug overdoses, and opioids account for the majority of those. "The average American would likely be shocked to know that drug overdoses now kill more people than gun homicides and car crashes combined," the commission said.

The commission had faced sharp criticism for missing two deadlines to release this report, first in late June and again in mid-July.

Trump made fighting opioid abuse -- which the US Centers for Disease Control and Prevention classifies as an epidemic -- a key platform in his 2016 campaign, especially in states ravaged by the issue.

"I just want to let the people of New Hampshire know that I'm with you 1,000%. You really taught me a lot," Trump said in that state just before Election Day. He later promised to help people who "are so seriously addicted."

The executive order that formed the commission in March was meant to be the White House's main effort to make good on those promises. The President picked Christie, a longtime confidant and supporter, to lead the effort, while Democrats Gov. Roy Cooper of North Carolina, former Rep. Patrick Kennedy of Rhode Island and Republican Gov. Charlie Baker of Massachusetts were also asked to serve.

Among the other recommendations in the interim report were to rapidly increase treatment capacity for those who need substance abuse help; to establish and fund better access to medication-assisted treatment programs; and to make sure that health care providers are aware of the potential for misuse and abuse of prescription opioids by enhancing prevention efforts at medical and dental schools.

"We must equip all law enforcement in the United States with naloxone to save lives," the commission added.

Naloxone is the opioid antidote used by first responders to save people who have overdosed.

The commission's final report is due in October.