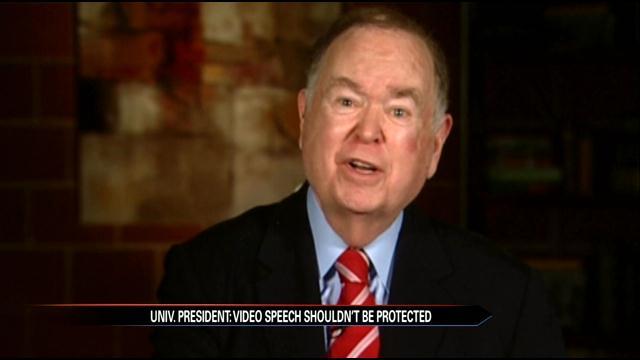 The University of Oklahoma is working with the state Attorney General's Office to see if a racist chant by students in a frat broke any laws.

The current school president says this kind of hate speech shouldn't be protected.

"If you can see the tears that have been shed by those who really suffered pain because of those expressions...I mean, I thought we wouldn't hear that again in America ever," said University of Oklahoma President David Boren. "And then we'll never sign them, we're going to exclude them. Those are things we just can't allow and I don't think that's constitutionally protecting speech."

Two students in the Sigma Alpha Epsilon fraternity have been expelled for their acts in the video.

The fraternity has also been suspended on the University of Oklahoma's campus.