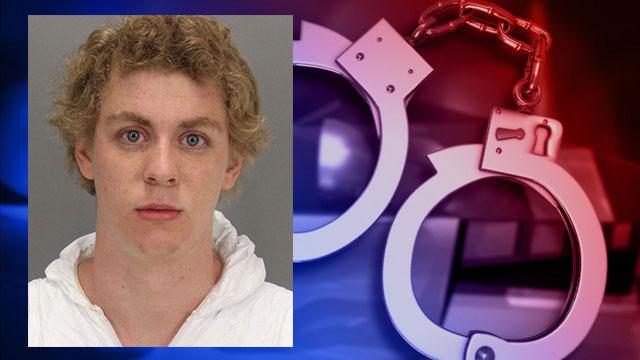 (CNN) -- Widespread outrage has erupted over a California judge's decision to give a former Stanford University swimmer a six-month jail sentence for sexually assaulting an unconscious woman. Critics are blasting the decision as far too lenient.

Prosecutors had asked that Brock Turner be sentenced to six years in prison for the January 2015 assault.

The controversial sentence was followed by the release of two dueling letters to the judge about the case that have been widely shared and sparked further outcry: one from the victim, who described her ordeal in 12 searing pages; and another from Turner's father, who dismissed his son's crime as "20 minutes of action."

Santa Clara County Superior Court Judge Aaron Persky said on Thursday that Turner's age and lack of criminal history made him feel that imposing a six-month jail sentence with probation was appropriate. Turner also has to register as a sex offender.

"A prison sentence would have a severe impact on him," Persky said. "I think he will not be a danger to others."

But by the early hours of Tuesday morning, more than 191,000 people had signed a Change.org petition to recall Persky, a possibility in California, where judges are elected.

"Judge Persky failed to see that the fact that Brock Turner is a white male star athlete at a prestigious university does not entitle him to leniency," the petition read. "He also failed to send the message that sexual assault is against the law regardless of social class, race, gender or other factors. Please help rectify this travesty to justice."

Stanford University released a statement Monday deflecting criticism of its handling of the case. The school did "everything within its power to assure that justice was served in this case," from immediately investigating the incident to referring it to the Santa Clara County District Attorney's Office for prosecution, the statement said.

"Once Stanford learned the identity of the young woman involved, the university reached out confidentially to offer her support and to tell her the steps we were taking. In less than two weeks after the incident, Stanford had conducted an investigation and banned Turner from setting foot on campus -- as a student or otherwise. This is the harshest sanction that a university can impose on a student," the statement said.

The school also commended bystanders who intervened and students who cooperated with the investigation.

"This was a horrible incident, and we understand the anger and deep emotion it has generated. There is still much work to be done, not just here, but everywhere, to create a culture that does not tolerate sexual violence in any form and a judicial system that deals appropriately with sexual assault cases."

A judgment according to the law

However outrageous it may seem to many, the judgment follows California law, said David LaBahn, the president of the Association of Prosecuting Attorneys, who practiced in California for many years.

Because Turner was convicted of a felony, a probation officer interviewed him.

Turner said he was "sorry for what he put the victim and her family through during the trial," it read.

He told the probation officer that he "didn't want to victimize her at all," the report reads.

Turner also relayed to the officer that, "that was just my attorney and his way of approaching the case. I didn't want to degrade her in any way. I regret that. I'm sorry for her having to go through this entire process and having to even think about this for a second, all because of my actions that night. I can't believe I imposed such suffering on her and I'm so sorry."

Santa Clara County District Attorney Jeff Rosen made it clear how he felt about Persky handing down a six-month jail and probation sentence.

"The punishment does not fit the crime," he said.

But in a statement on Monday, Rosen stopped short of calling for Persky's ouster.

"While I strongly disagree with the sentence that Judge Persky issued in the Brock Turner case, I do not believe he should be removed from his judgeship," Rosen said. "I am so pleased that the victim's powerful and true statements about the devastation of campus sexual assault are being heard across our nation. She has given voice to thousands of sexual assault survivors."

Anger at the judge

By Monday afternoon there were dozens of angry posts about Persky's judgment on TheRobingRoom.com which advertises as a site dedicated to informal evaluations of judges.

A few examples: "Six months for frat boy Brock Allen Turner raping a female student is an insult to women, especially the one-in-four women that have been raped and/or sexually assaulted."

"This judge is a horrible judge. he gave a six month sentence to a man convicted for three felony counts due to rape. He deserves to be off the bench!"

"The extreme leniency and empathy afforded to a convicted rapist, Turner, in the sentencing phase is incomprehensible ..."

Two men riding bicycles on campus about 1 a.m. saw Turner on top of an unconscious woman, according to the police report filed with the criminal complaint, the Los Angeles Times reported.

A campus police officer found the woman lying behind a dumpster near an on-campus fraternity. She had been drinking, according to her own account.

In the past seven days, Turner's name has been mentioned more than 48,000 times on Twitter. The hashtag #BrockTurner was tweeted more than 28,000 times.

"The message [Persky] sent to women at Stanford is, 'You're on your own,' " she said.

Before the sentence was handed down, the 23-year-old victim read a 12-page letter she composed that described in gut-punching detail how being raped left her "closed off, angry, self-deprecating, tired, irritable, empty."

She implored Persky to not be lenient.

"My life has been on hold for over a year, a year of anger, anguish and uncertainty, until a jury of my peers rendered a judgment that validated the injustices I had endured," she wrote.

She explained that she went to a fraternity party near Stanford in January 2015, drank and then not knowing what happened to her between the time of the party and being conscious in a hospital with pine needles in her hair. She described the traumatic and humiliating experience of enduring an hourslong sexual assault forensic exam.

"I had multiple swabs inserted into my vagina and anus, needles for shots, pills, had a Nikon pointed right into my spread legs. I had long, pointed beaks inside me and had my vagina smeared with cold, blue paint to check for abrasions.

"After a few hours of this, they let me shower. I stood there examining my body beneath the stream of water and decided, I don't want my body anymore. I was terrified of it, I didn't know what had been in it, if it had been contaminated, who had touched it. I wanted to take off my body like a jacket and leave it at the hospital with everything else."

Another letter has gone viral this week: from Turner's father, who urged the judge to go easy on his son.

Dan Turner wrote that his son "will never be his happy go lucky (sic) self with that easy-going personality and welcoming smile."

"His every waking moment is consumed with worry, anxiety, fear and depression," the father wrote.

A long sentence would be "a steep price to pay for 20 minutes of action out of his 20 years of life," Dan Turner wrote.

The father also said that his son is having trouble eating his favorite food -- steak.

But Dauber, the Stanford professor, shot back Monday on CNN.

"Compare the problems associated with not eating your favorite food to being sexually assaulted," she said.