Park dedicated to memory of kids lost to gun violence 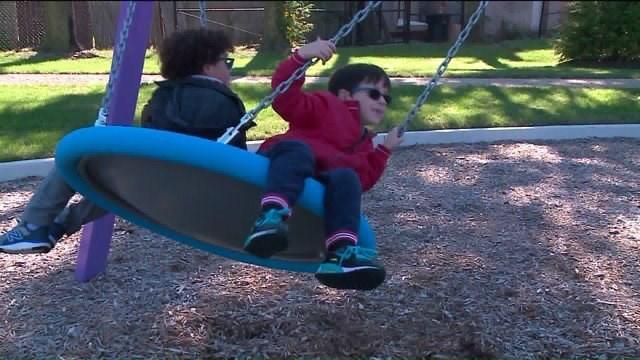 Chicago -- The City re-dedicated a park Saturday morning to honor two Chicago teenagers who were shot and killed in the city's streets.

Millions of dollars were spent on improvements on the area now known as Hadiya Pendleton Park. Pendleton was a King College Prep student, and days after she performed at the Obama inauguration in January 2013, she was hit by a stray bullet and killed. She was just 15 years old.

The park is just two acres in Chicago's Bronzeville neighborhood, but it's two acres that mean so much to those two Chicago families. Cleo and Nate Pendleton said they hoped the park would be a "symbol of just what kids should be doing" and a source of "great joy."

The park also features a lone drum in honor of 17-year-old Vonzell Banks. He too was killed by gunfire, not far from the renovated park in July of last year.

The Banks and Pendeltons said their "hearts go out" to parents who lose their children and join their unfortunate "fraternity." They hope to see the park grow; not in size, but in the spirit of creating a safer Chicago.