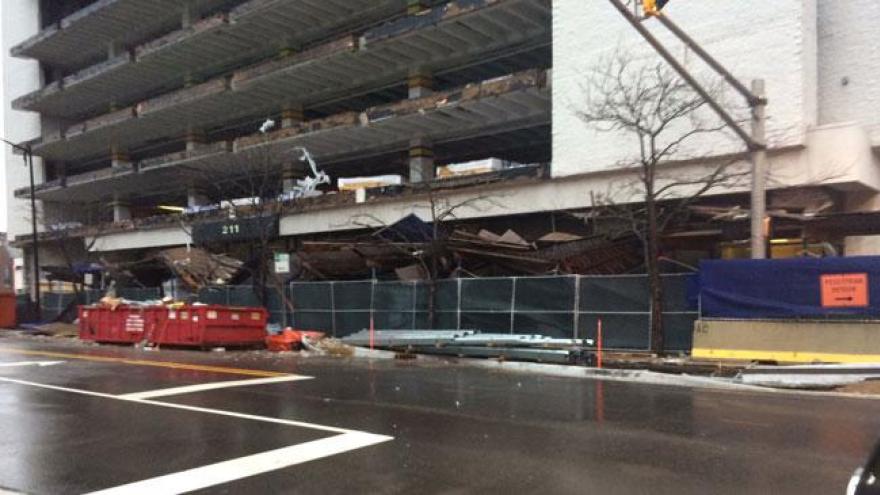 Part of the former Chase Tower has fell onto the street below, Tuesday afternoon, causing a road closure on Main Street between Colfax and Jefferson.

Fire officials said one construction worker was transported to the hospital for minor injuries after being hit by a piece of concrete.

The South Bend Police Department said construction materials on different levels of the structure were blown from the building due to strong winds.

The Bradley Company, who manages the property, released this statement:

Tuesday afternoon’s extraordinarily strong winds dislodged a concrete parapet wall on the 7th floor of the former Chase Tower, causing it to fall to the ground below.  The section of parapet wall which fell is from the original construction of the 1970’s and is not part of the current re-construction activity of the building.  The remaining portion of that parapet wall will now be removed.  A building engineer will inspect the area around the parapet wall to determine if there are other structural issues to be addressed.Washington Square will have no further comments. Thank you.

Because of the danger of debris, the following roads were closed.