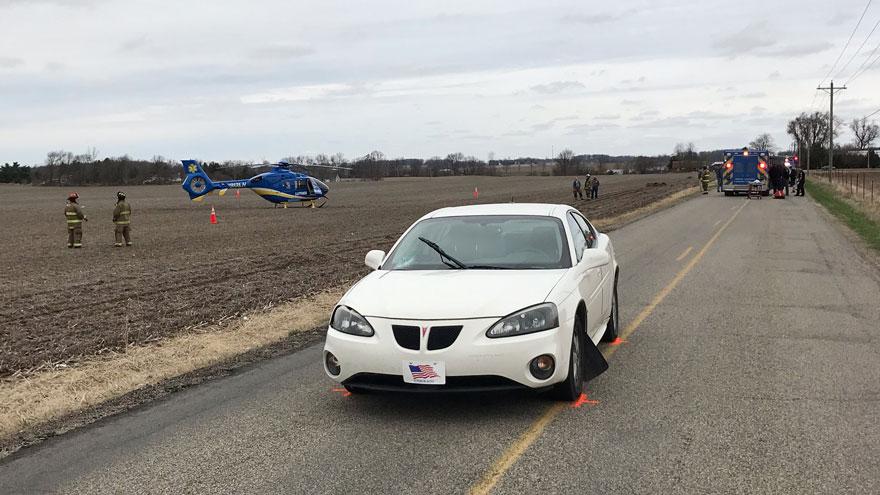 KOSCIUSKO COUNTY, Ind. -- A pedestrian was injured when he was struck by a vehicle while walking along CR 300 E Wednesday afternoon, according to the Kosciusko County Sheriff's Office.

Roder was taken by Lutheran Air Ambulance to a hospital in Fort Wayne for chest injuries.