People overdose on elephant tranquilizer, might be resistant to Narcan 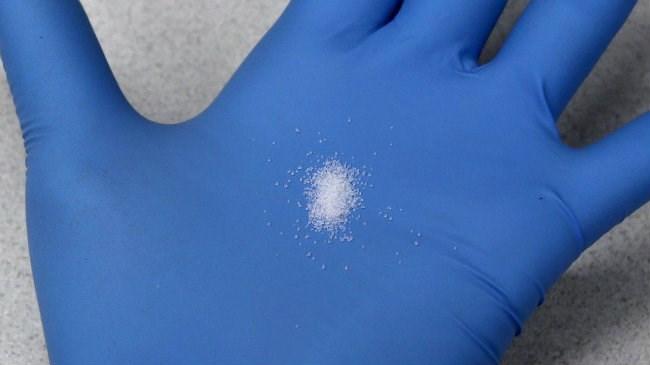 Cleveland, OH -- The Cuyahoga County Medical Examiner is issuing a public health warning for northeast Ohio because of a drug more dangerous than heroin.

Carfentanil has made its way into the area and onto Cleveland streets. It was probably just a matter of time, since Carfentanil had already been circulating and killing people in Akron and Summit County.

Here is some perspective on how dangerous this animal tranquilizer can be: Carfentanil is the most potent commercial opioid in the world (10,000 times stronger than morphine).

The picture attached is a pic from the Canadian Boarder Service, who intercepted some coming in from China. Keep in mind this stuff is used to tranquilize elephants and large animals, usually a dose of 10 milligrams is given (which can sedate or even kill an elephant).

Officials say just one grain of this stuff, which is the size of a piece of salt, could kill a person.

In July in Summit County, 25 people overdosed on heroin that was mixed with Carfentanil in a three-day span. Four died. Now word from the Cuyahoga County Medical Examiner is that lab work has detected Carfentanil in the Cleveland area.

Capt. Doug Turner with the Parma Fire Department says he has a pretty easy indicator that things are getting worse not better because Naloxone -- or Narcan, the heroin overdose antidotes -- aren't working like they used to.

"It used to pull them out on the first dose. Now the last couple of months it's two doses, three doses -- and I think they've even given up to four doses on a few patients," says Turner.

Normally after one shot of Naloxone up the nose, Turner says someone close to death would immediately come to and sits up. The scary thing is they are starting to see the same people they've already saved from a previous overdoses.

So now the Cuyahoga County Medical examiner is looking at three opioids that are being used, or mixed and used, that are killing people -- Heroin, Fentanyl, and Carfentanil. Already in Cuyahoga County alone this year: 300 dead.