Sky watchers, rejoice, because the month of August means it is time for the Perseid Meteor Shower.

Those of you who are not experienced sky watchers, you can get excited too. This event doesn't require any special telescopes or equipment to watch it, and you may be able to see the meteors from your own backyard.

What is a meteor shower, exactly? Meteors are small space rocks or dust that break off of large comets. 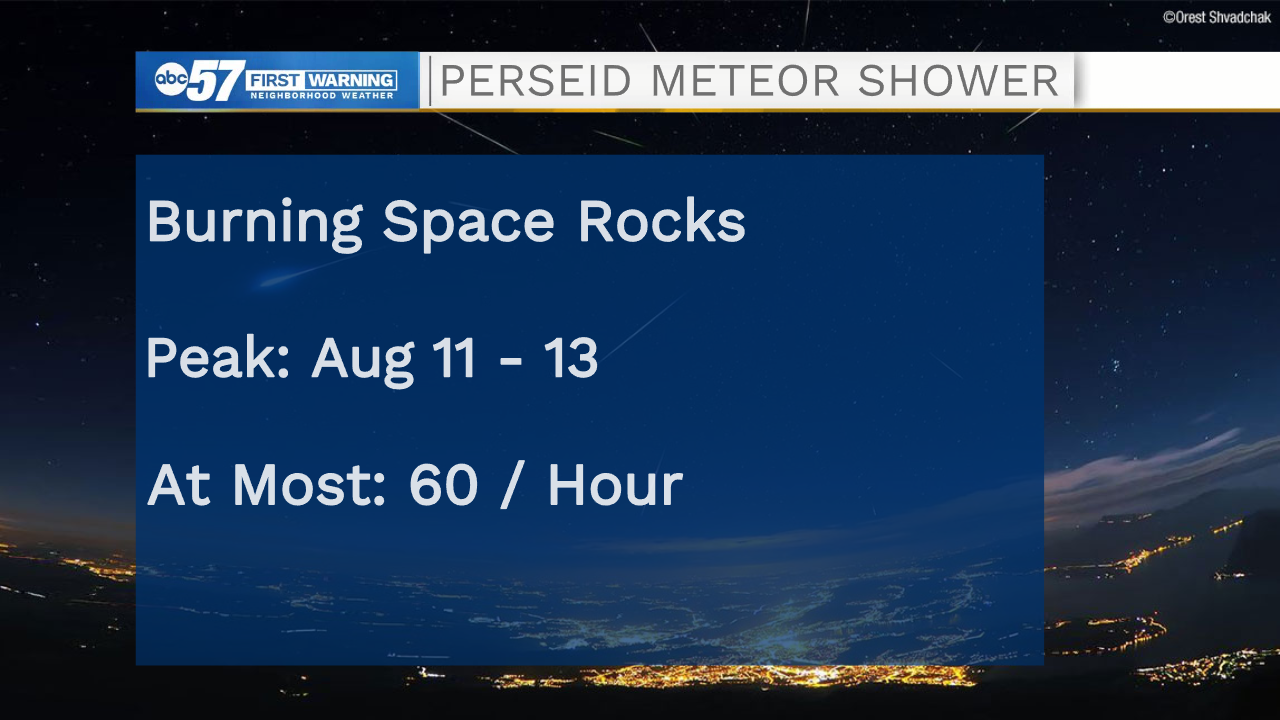 As the meteors rush towards Earth, the forces between the air and rock is so large that it creates a glow. It looks like a lighted tail behind the rock. This is why meteors are often called 'shooting stars.'

No need to worry about safety. The meteors are usually around 60 miles above Earth's surface, and only a few make it to the ground.

During the Perseids, there are many shooting stars. Earth's orbit aligns more closely with the Swift-Tuttle comet. Lots of space rocks from the comet mean we see more frequent meteors in our atmosphere.

While it is possible to see a few meteors this week, the peak of the event is August 11 into the morning of August 12. At this point, up to 60 meteors per hour are possible.

You won't need to pack a telescope, but you may need to pack your patience as you sit and wait to see the beautiful meteors (especially if you are watching before or after the peak night). Don't forget a comfy chair, too!

For viewing, head to a wide open area away from city lights. The best viewing hours are from midnight to dawn.

Look up northeast into the sky. If you know your constellations, look between Cassiopeia and Perseus (the namesake for this shower). 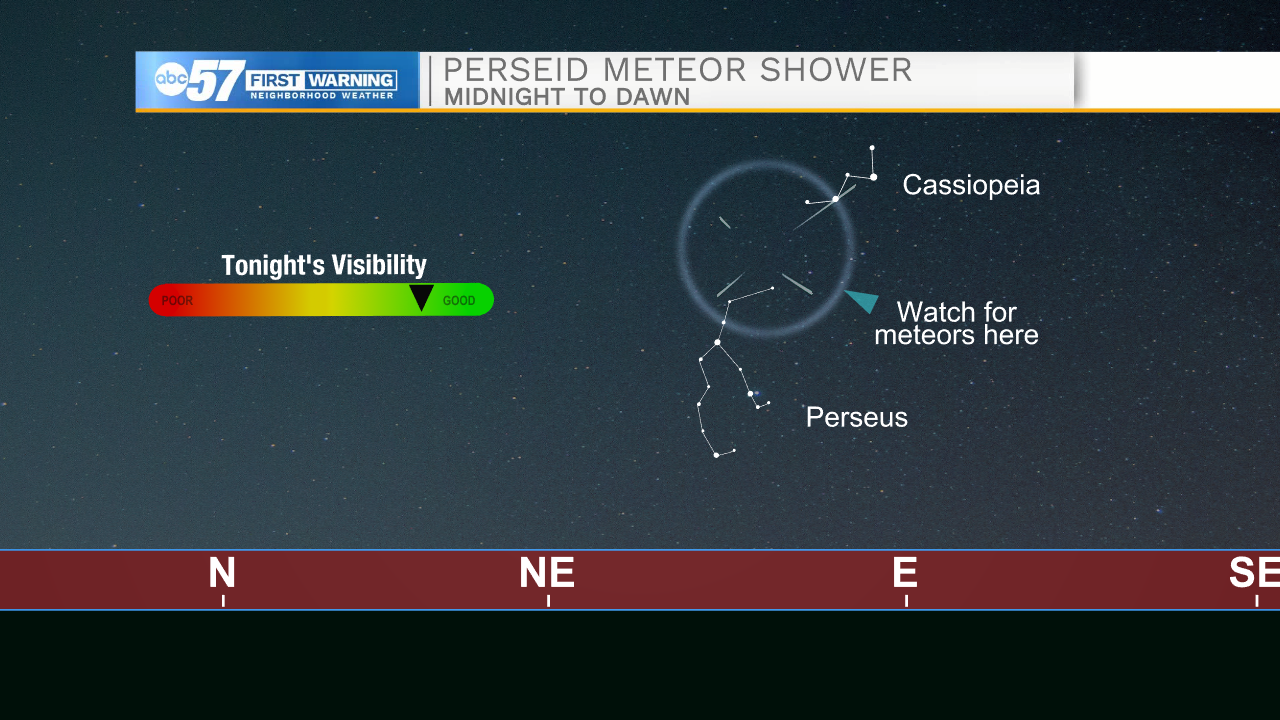 Meteors can appear anywhere in the sky, but you'll notice that all the tails will stem from this point in the sky.

If you're hoping to get a head start on viewing, Wednesday night into Thursday morning looks like a decent opportunity to view. Skies are clear, but remember that the number of meteors is low until we get closer to August 11. 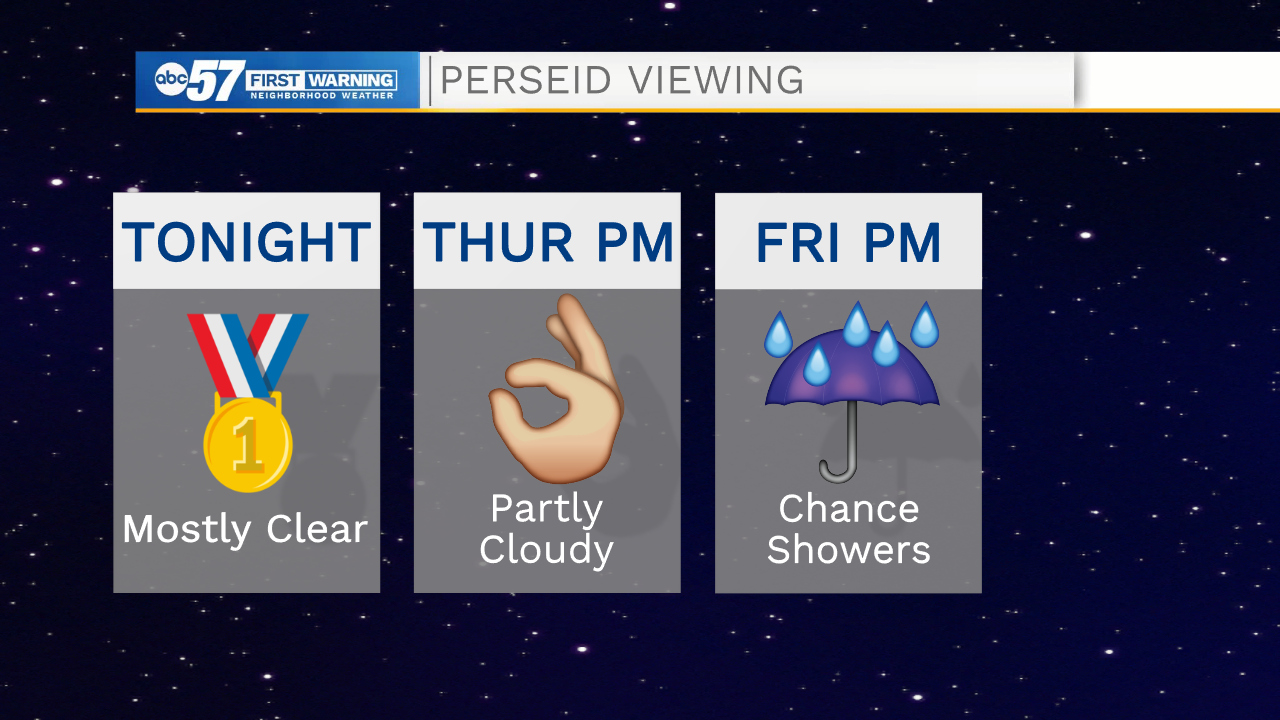