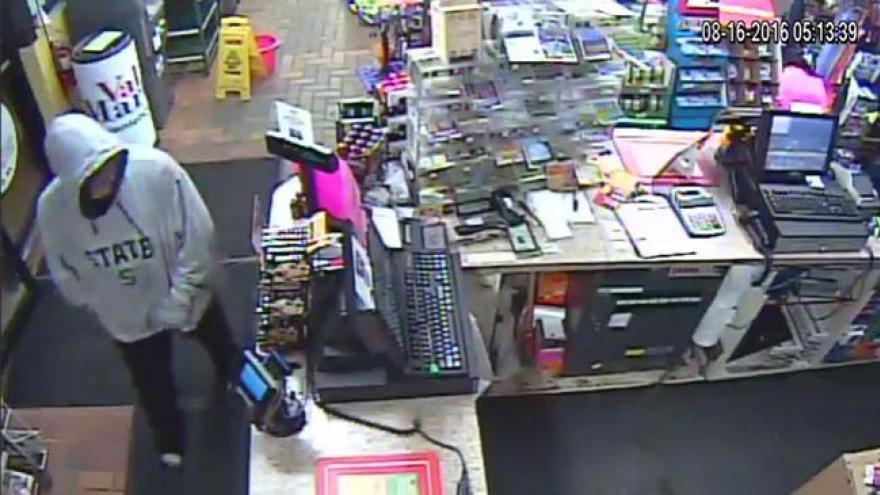 Crime Stoppers has released surveillance photos of a suspect in the robbery of the Riverside Food Mart on August 16.

On August 16 at approximately 5 a.m., Michigan State Police responded to the Riverside Food Mart on Coloma Road to investigate a report of an armed robbery.

A white male wearing a gray Michigan State University hooded sweatshirt entered the business, displayed a handgun and demanded money from the store clerk, according to police.

Crime Stoppers will pay up to $1,000 for information leading to the arrest of the suspect.

You can submit an anonymous tip via the Michiana Crime Stoppers website or by calling 800-342-STOP.