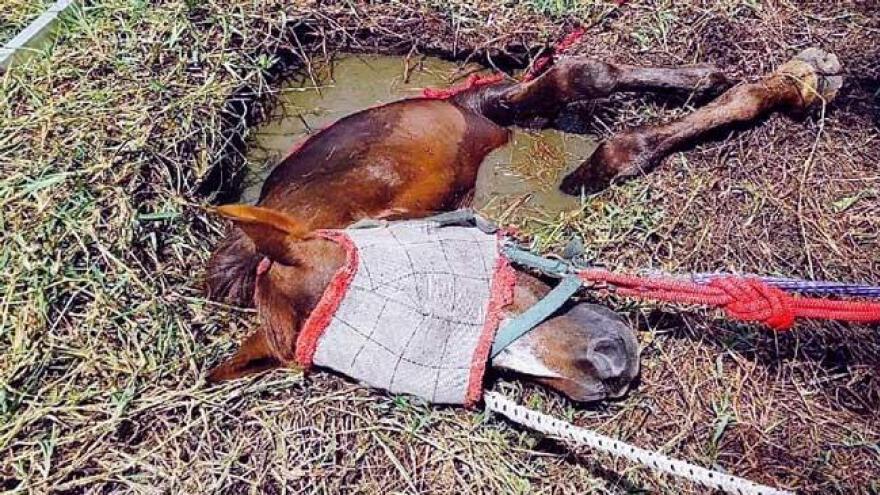 Bunnell, FL (CNN/CFN13) -- A horse that had been stuck up to its neck in a Flagler County septic tank for a couple of hours Tuesday has been rescued.

Her owner, Barbara Jones, said she was walking in the yard where they'd lived the past 6 months, and the horse suddenly fell into the septic tank that was covered with fiberglass.

Several agencies, including the Flagler County Sheriff's Office and a large animal rescue team from St. Johns County, responded to the scene.

Crews had to cut off a portion of the tank covering to gain access. Mercy was sedated and safely removed from the tank after almost two hours of work, according to St. Johns Fire Rescue said.

Mercy was assessed by a veterinary team and appeared to have only minor injuries. She suffered cuts but is being given antibiotics and pain medication and expected to be OK.

The septic tank only affects the residence itself; each homeowner in the neighborhood has their own tank. The health department is now inspecting.