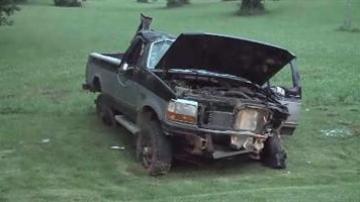 Police say that as one man drove down Oak Road, he tried to pass a car by going over the double yellow line. He then hit Ford pick-up truck head-on.

According to police, the first driver tossed drugs out the window and the man in the pick-up truck took off from the scene.

Police believe that driver was under the influence. Police had to use police dogs to catch the driver who fled the scene.

Officers closed off a long stretch of Oak Road while they investigated the accident.

The road is now back open.