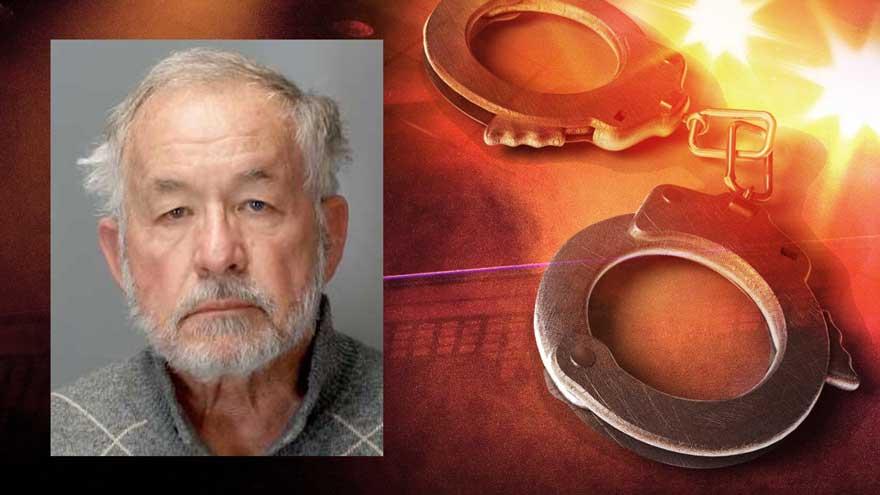 William Strampel, the former dean of MSU's College of Osteopathic Medicine, has been charged with one felony count of misconduct in office and a misdemeanor count of fourth-degree criminal sexual conduct for his own actions as dean from 2002 to 2018, according to court documents.

The criminal complaint details statements from four female students who described disturbing instances of Strampel's abuse of power as dean. According to the document, Strampel asked for nude photos and sexual favors, he groped women's buttocks at official events, and demeaned the way they dressed.

In one 2013 incident, the complaint says, Strampel allegedly told a female student she needed to learn her place in life, and asked her, "What do I have to do to teach you to be submissive and subordinate to men?"

The charges came as part of Michigan special prosecutor William Forsyth's investigation into how Nassar, the former MSU and USA Gymnastics doctor, was able to abuse more than 200 young girls and women over more than two decades.

Nassar pleaded guilty to charges of criminal sexual conduct and child pornography and was sentenced to three lengthy prison terms that effectively will keep him behind bars for the rest of his life. During sentencing in his trial, many women blamed Michigan State University for dismissing their complaints and failing to stop Nassar.

Part of Forsyth's investigation included a search of Strampel's office computer in February 2018, where investigators discovered about 50 photos that contained nudity and pornography, many of which appear to be selfies of female MSU students, the complaint states.

Forensic examination of the computer showed someone had attempted to delete some of the photos, the complaint states. Investigators also uncovered pornographic videos on his work computer, as well as a video of Nassar performing his so-called "treatment" on a young female patient. Many of the doctor's abuse victims described a procedure in which he would insert his fingers in their vagina without wearing surgical gloves.

Strampel, wearing glasses and a patterned sweater, was arraigned in Michigan district court on Tuesday afternoon in East Lansing. Strampel's defense attorney said the former dean is a retired US Army colonel, has no criminal record and was not a threat to the public.

The judge set bond at $25,000 personal recognizance, and ordered Strampel not to initiate contact with any current or former MSU medical students.

If convicted, he could face up to five years in prison on the felony misconduct charge.

MSU interim President John Engler said in a statement that the charges against Strampel "confirm our belief that he has fallen far short of what is expected and required from academic leadership."

"While the crimes of one doctor and the misconduct of his dean do not represent our university, they do demand the scrutiny of everyone in order to assure individuals like these can never be in a position to harm others," Engler added.

John C. Manly, an attorney who represents more than 100 women in civil lawsuits related to the Nassar case, said his clients were "encouraged" by the attorney general's action.

"It demonstrates that he is serious about investigating the systemic misconduct at MSU that led to the largest child sex abuse scandal in history and holding the responsible parties accountable," Manly said.

Amanda Thomashow, the first woman to file an official Title IX complaint against Nassar, accusing him of violating the school's sexual harassment policy, called Strampel a "vile man" in a statement on Tuesday.

"I am not sure what exactly this arrest means, but I am sadly not surprised to find out that he was another known and intentionally overlooked predator at MSU," she said. "Such disgusting and abusive behavior has been enabled for far too long, not only at MSU but also at institutions across the country (and world)."

Rachael Denhollander, the first woman to speak publicly about Nassar's abuse, said she was grateful that justice came for Strampel.

"There is a reason Larry was able to perpetrate the worst sexual assault scandal in sports and campus history. We are seeing some of these reasons. We've been seeing them for 18 months," she said. "MSU continually refuses to acknowledge responsibility for a culture that allowed men like Larry and Strampel to abuse and harass with no consequences."

'I hold your entire future in my hand'

The unnamed victims, all female medical students, describe situations in which Strampel used his power as dean for his own sexual purposes.

In June 2017, a medical student visited Strampel to appeal a test score she received on an exam, the complaint states. He suggested that 26-year-old women -- the age of the student -- can "put out" for 20 minutes with an old man, after which he would fall asleep, and in return the woman would get a free vacation, the complaint states.

During that meeting, Strampel also made unprompted comments about taking nude photos that she interpreted as a request to send nude photos to him in exchange for special treatment, the complaint states.

In 2011, Strampel summoned a female student to his office and told her to turn around in a circle for him so he could observe her body, according to the complaint. Strampel then went on a rant for about an hour, "degrading her appearance and telling her she needed to dress like a woman, clarifying that she was never going to make it in the profession if she did not dress sexier," according to the complaint.

A year later, the student went to a group counseling session hosted by Strampel, in which he told the group, "I hold your entire future in my hand and I can do whatever I want with it," the complaint states.

In 2014, the student won a scholarship and attended an event to honor the recipients. There, Strampel grabbed her left buttock and gripped it firmly during a photo-op, the complaint states.

A third female student struggling to pass an exam said Strampel suggested she become a centerfold model, according to the complaint.

Strampel agreed to let her retake the exam another time in exchange for a "favor" that she agreed to do anything he asked, including visit his house on the weekend or "weed the garden," the complaint states.

A fourth female student said Strampel approached her from behind and grabbed her buttocks at the college annual ball in February 2010, the complaint states. She did not report it to authorities because she "did not want to be thrown out of medical school," the complaint states.

The complaint also states that Strampel improperly allowed Nassar to continue treating patients before a Title IX investigation into his sexual misconduct was complete. In addition, Strampel failed to enforce protocols set up to prevent future issues with Nassar, such as requiring him to wear gloves during examinations, the complaint states.

That Title IX case concerned Thomashow's 2014 report to MSU officials in which she said Nassar touched her vagina and her breasts during a doctor's visit. Nassar told police and Strampel that this was part of his cutting-edge medical procedure, and he was cleared of wrongdoing.

Nassar abused more young girls from the time he was cleared in that incident until his arrest in late 2016, the complaint states.

MSU moved in early February to revoke Strampel's tenure. He stepped down from the dean position in December, citing health problems.

A letter from Carol Viventi, vice president and special counsel to Engler, called out "Dr. Strampel's failure to monitor and enforce clinical practice guidelines put in place for former doctor Larry Nassar following the conclusion of a 2014 sexual harassment investigation."

According to Viventi's letter, Strampel issued new guidelines for Nassar after the investigation, but did not notify the MSU Health Team or establish a system to monitor or enforce those guidelines.