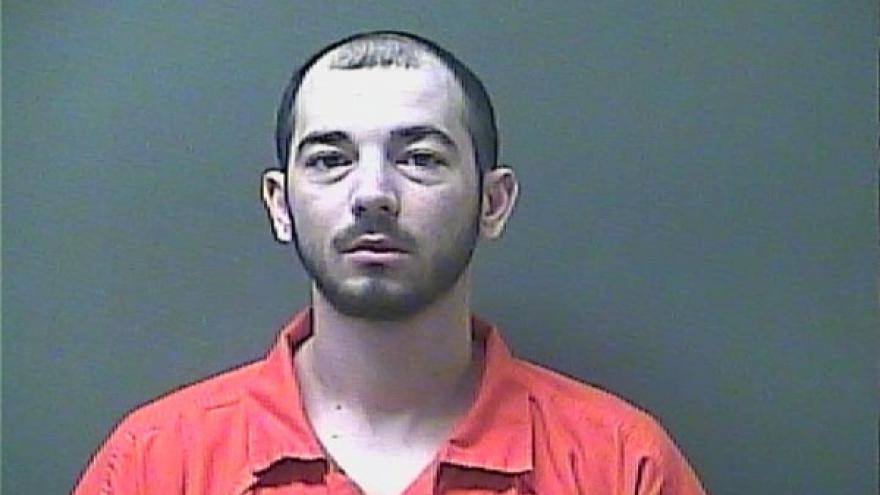 MICHIGAN CITY, Ind. - Officers in Michigan City arrested 27-year-old Kyle Reese of Rolling Prairie after they say a safe from Schoop's Hamburgers went missing on Wednesday. Reese allegedly fled the scene of the incident on foot and was caught by police.

The incident of the alleged burglary occurred on May 20 around 2:30 a.m.

Officers were dispatched to Schoop's Hamburgers on Franklin Street after a business alarm was triggered.

During this time, a witness called 911 to report a man fleeing on foot toward US Highway 20.

Officers were then able locate and detain Reese.

There was no indication of forced entry at Schoop's Hamburgers.

At around 6:15 a.m., employees of Schoop's arrived for work and noticed that the safe was missing.

The safe was then located by officers outside of the Starbucks on Franklin Street and they brought it back to Schoop's where employees confirmed that it was the missing safe.

A probable cause affidavit was submitted to the La Porte County Superior Court #1 charging Reese with one count of Burglary as a Level 5-Felony.

Reese is scheduled to appear before a judge on Tuesday, May 26.

The investigation is ongoing and police are asking anyone with information about this incident to contact the lead detective on this case, Lieutenant Kevin Urbanczyk at 219-874-3221 Ext: 1042.