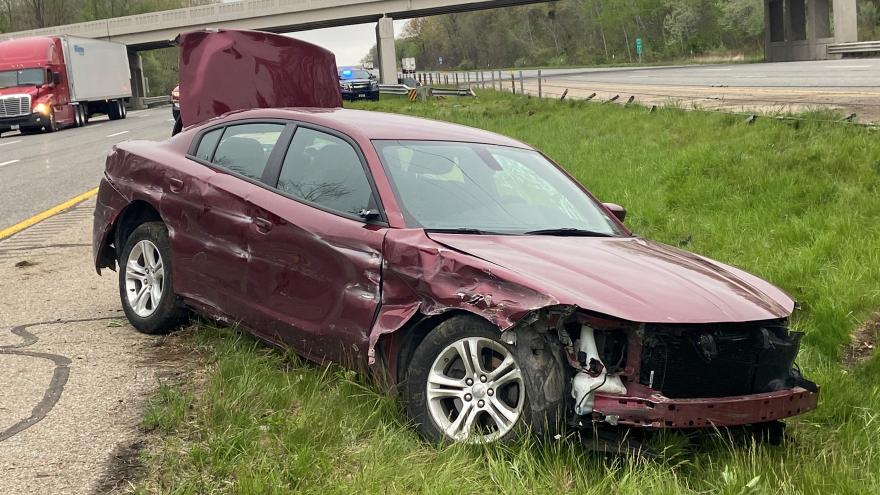 Michigan State Police were involved in a chase that ended in a crash on Tuesday in Berrien County, according to police.

Around 4 p.m., police attempted to initiate a traffic stop on a stolen vehicle traveling westbound on I-94 Freeway near Red Arrow Highway, according to police.

The driver refused to stop, which lead to a high-speed chase.

Troopers continued to chase the car for several miles until the vehicle crashed into the guardrail on the right shoulder of the road near Lakeside Rd.

The impact caused the car to cross over three lanes and collide with the median barrier.

The driver, a 66-year-old man from Farmington, Mich. suffered non-life-threatening injuries according to police.

Due to the driver’s injuries and other circumstances he will not be arrested at this time, according to police.