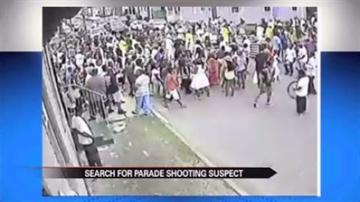 NEW ORLEANS -- The young man accused of opening fire at a Mother's Day parade is still on the run.

The department says several people identified Scott as the man in pictures and video from the scene.

Police say this is not his first run-in with the law.

"Akein is no stranger to the criminal justice system. He has been arrested in the past for resisting arrest, for possession of a firearm, for narcotics charges and the like," said Superintendent Ronal Serpas, New Orleans Police Department

At least 20 people were hurt in the shooting. Police say three of victims are in critical condition but are expected to recover.