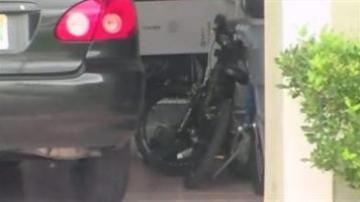 Police say she stabbed her 7-year-old son. Maisa Alvarez is accused of stabbing her own son in his chest repeatedly with a steak knife.

Investigators say the woman eventually stopped and called 911 on herself. When officers arrived they found the knife and a chain used to tie up the boy’s hands.

"She said when her child defended, reached up put his arm up to make a defensive action against the stabbing that that's when she realized what was going on and that's when she stopped."

The boy is recovering at a hospital in Orlando. He’s expected to survive.

Detectives said Alvarez could not answer the question why, saying she didn’t know. Police say there is no indication of alcohol, drug use or mental illness.