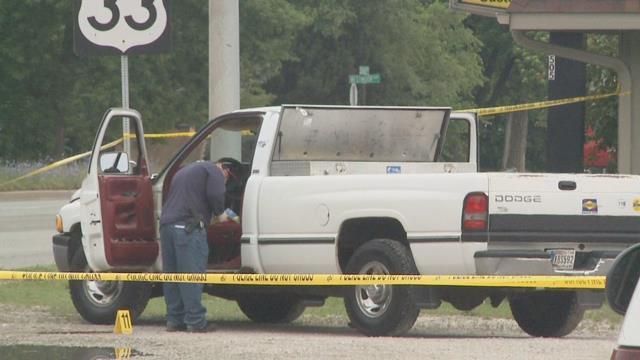 Goshen Police arrested a suspect who was allegedly wearing a vest with an explosive device early Wednesday morning.

An officer stopped a white truck in the 1600 block of Elkhart Road around 12:28 a.m. because it allegedly had false and fictitious plates.

The officer noticed the driver was wearing a vest with wires coming from it. The driver told the officer the vest contained an explosive device.

The officer convinced the driver, 45-year-old Sherman Fuller, to exit the vehicle and leave the explosive device behind, according to Goshen Police.

The Elkhart Police Bomb unit responded to the scene and disarmed the device just after 4 a.m.

Fuller was arrested on a preliminary charge of unauthorized possession, manufacture, or distribution of destructive device, a level 5 felony.

Goshen Police say the investigation is ongoing and additional charges may follow.

In 2002, Fuller was convicted of child molesting in Cass County, Michigan. He is a registered sex offender and is deemed a sexually violent predator, according to the Indiana state website.

Neighbors say they were surprised to see police there.

Some others who are currently staying in the home where Fuller lives say he only stays there occasionally and they don't know much about him.