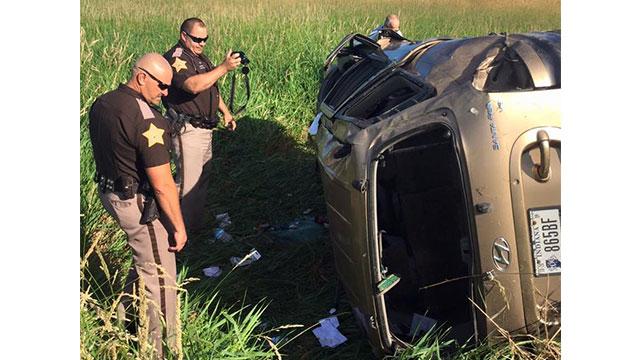 The La Porte County Sheriff's Office is investigating a fatal crash that was discovered around 6:49 a.m. Monday.

Deputies were dispatched to CR200E, south of SR4 after a passerby found a vehicle overturned in a field.

The driver had been ejected from the vehicle and appeared to have been deceased for some time, according to deputies.

The driver was identified as 22-year-old Norma Vermette from La Porte County.

The investigation revealed Vermette's vehicle went off the road, struck a tree and rolled several times before coming to rest on its side in a field.

Deputies say they believe speed was a factor.

Vermette was not wearing a seat belt, according to deputies.

Deputies say a 25-year-old man from Union Mills was killed in a similar crash at the exact location on October 25, 2015.