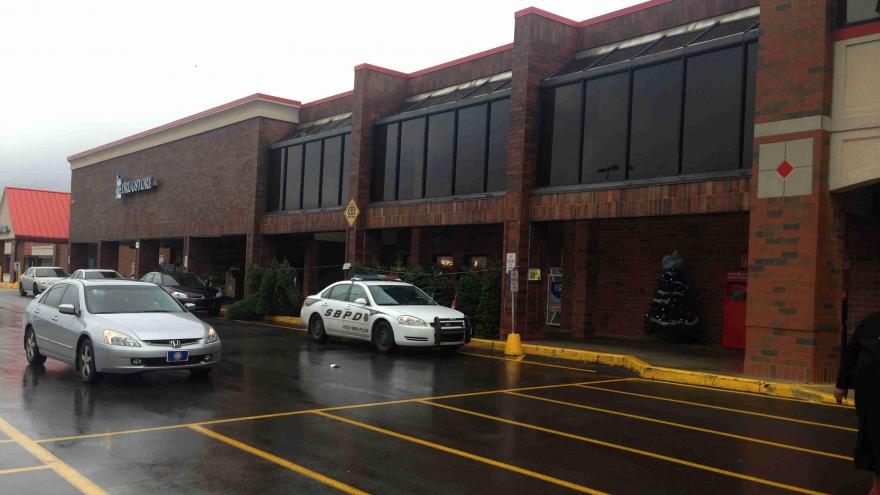 South Bend Police are investigating a robbery at the Kroger store located at 1217 East Ireland Road.

Police say they responded to the call of a robbery at approximately 12:26 p.m.

According to police, the male suspect jumped over the counter of the pharmacy and grabbed several prescription pills before fleeing the store.

As the suspect was attempting to flee, police say one witness grabbed a cane and struck the man in the head in an attempt to stop him.

The suspect was caught by police near the store. Police say they were able to find the suspect quickly due to the description the witnesses at the store had given.

The suspect was then brought back to the store and identified by witnesses.

Police say the surveillance footage from the store also confirmed what the witnesses told them.

The man is now being held at the St. Joseph County Jail.