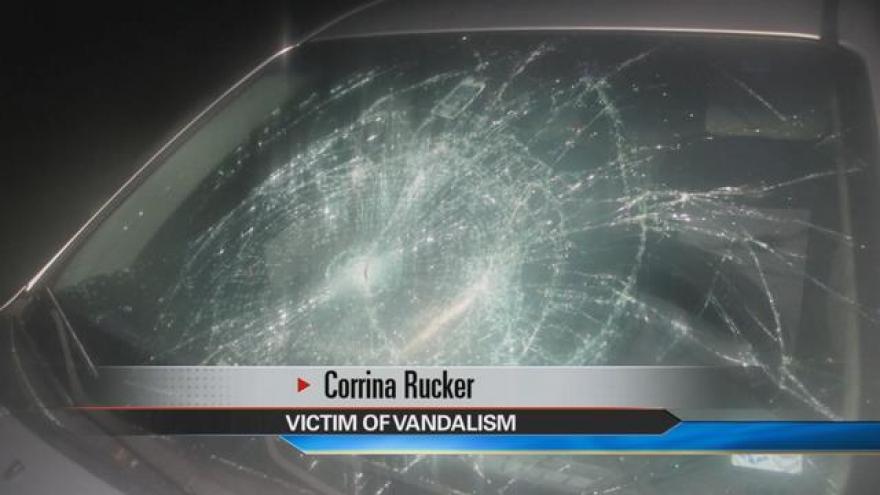 Police from multiple agencies are working to investigate a series of car vandalisms over the last month.

Captain James Bradberry with the Elkhart County Sheriff’s Department says they have received seven reports of vandalism where the victims’ cars were hit with a landscaping block.

Mary White lives at the 20 East Apartments, her vehicle was hit on Wednesday.

White says her windshield was smashed and two rear tires were slashed.

On the roof of her car she found a landscaping brick.

Police say around 100 landscaping blocks have been taken from the complex in the last three weeks.

“There was bricks in my windshield and four of eight of my windows were broken. My whole lively hood is gone. I’m totally blown away,” said Rucker.

Rucker’s vehicle isn’t drivable until she can pay $1,200 for repairs.

“Not only are the victims hurt emotionally but now financially they’ve got to find a way to pay for all that. It isn’t like a little chip of paint, this is some major damage,” said Captain Bradberry,

Captain Bradberry says the majority of the incidents have taken place in Concord Township. There has also been seven related reports in the city of Elkhart.

If you have experienced something like this or have any information that could help detectives solve this case, you’re urged to contact Elkhart County Sheriff’s Detectives at 574-533-4151. Anonymous tips can be submitted to the department’s tip line by texting ecsdtip411 or by visiting their webpage here.